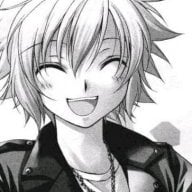 On another forum a new friend and I have decided to take it upon ourselves to create a Tomodachi Collection English translation. So far all the files containing text have been extracted and 3 have even been translated. The problem is, the text does not show where it is supposed to, at least, when there actually is text.

While I am admittedly very new to this, I believe the game reads from, for lack of better terminology, a "hex offset clue". This leads me to my question; is there a way to edit this, and if there is, where is it found?

Here's an example of misplaced or missing text.

Sounds like you haven't modified the pointers (hex addresses to each string), usually these are at the start of each file.

And I'm assuming there's a method to the madness? Would there be documentation on decoding the hex addresses somewhere on the 'net?

D
ROM Hack [Questions] Help with dumping text. Not sure if compressed?