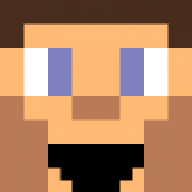 The Elder Scrolls IV: Oblivion (TES4 or Oblivion) was created by Bethesda Softworks and is the fourth game in 'The Elder Scrolls' series. Oblivion was the sequel to Morrowind which was on original Xbox and PC. Slowly Oblivion has become more popular it did this with fantastic and groundbreaking AI, Bethesda made clear at E3 on the year before Oblivion was released that 'Every character in the game is always doing something - they work their lives around you and storyline quests and actions too intergrate into the characters lives' This was somewhat mindblowing for RPG fans.

With Oblivion it just seems to get better and better but the gameplay is a bit far away from flawless and even worse if played in optional 3rd person mode. Although it isn't the 'perfect' gameplay fans had hoped for; there is something about it, even after leaving TES4 to play Skyrim sequel to Oblivion, coming back to it had a certain charm and you never forget the gameplay it isn't just a game you can put down. You have to draw yourself away from this masterpiece of a game it may be flawed on the gameplay aspect but only the fact it isn't 'smooth' to play and some actions are choppy, but other actions; for example: Fighting - using swords is obviously a huge part of this game, and Bethesda seemed to master the fighting within Oblivion and watching a 'making of' DVD demonstrated the way the fighting was put together for this game; a mix of motion capture and top-end computing software. Which suggested that the only reason some of the gameplay seemed almost unfinished it was down to a lack of technological advancement which is in no part down to Bethesda but they redeemed The Elder Scrolls series with Skyrim which had a complete new game engine written just to try and make it the best RPG in-market.

Graphics, a well argued front in Oblivion again for the time this game was groundbreaking; with real-life textures and independent AI working around the clock. The graphics will never been seen as 'bad' as the graphics are stunning but again as more advancement is made technologically this game will just become lost in beautious HD games and be put back on our shelved to collect more dust until the time comes around for our annual replay. The Graphics may not be a strong opponent in the growing gaming industry but the sound featured within this game is just jaw-dropping, with heart-racing battle music and gentle exploration music the game is given a part of its amazing atmosphere just from the sounds in-game. What makes it better is the way unlike many other games where the music drops drastically into a frantic battle with heavy over-powering music, Oblivion takes a more 'flowing' approach fading the music over alerting the player of the appropriate change without shocking them putting them off playing the game. Because of all of this the game is very replayable and then you look at the overall story and this can be played many ways you could be a Orc with an Axe or a Mage with a arsenal of magic spells this almost makes you obligated to replay this game and makes you change your style every time you play.
Overall this game is a masterpiece and nothing short of 10/10 even though it is flawed all games are, but what this game does is replace these flawed features with unheard-of innovations and pulls you away from the negatives of the game and puts you in this atmospheric wonder, that is Oblivion.

10/10 As voted by Pr0b3G4m3r
Feel free to message me if you have any requests for reviews or just drop a comment on what you think.
I know this isn't brilliant as I am not a gaming developer and that of my english is probably wrong somewhere too but I enjoyed writing this; so if it was actually any use, not just a pointless read please, please let me know and I will look into writing more. Thanks for reading this review hope you liked it. 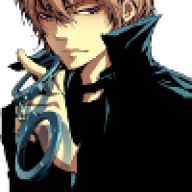 umm....isn't kinda toooo late reviewing Oblivion . anyways its a decent review but i think it will be a bit more helpful if you post some screens and gameplay vids.

I've only ever done a single review, so I don't have room to critique, but I think this review needs more substance; very little about the game is actually touched on. For instance, you say that things are good about it, but you don't actually say why they're good (except for music, and I'll give you kudos for that). Not to say it's a bad review, Oblivion is my second favorite title in the Elder Scrolls series (right behind Morrowind), but I feel that you should touch more on why the game does or doesn't certain things well rather than just saying that it does them.
S

God I hated that game, I hate that I bought it on Steam. But I am loving Elder Scrolls V.

ShadowSoldier said:
God I hated that game, I hate that I bought it on Steam. But I am loving Elder Scrolls V.
Click to expand...

I was almost the opposite. I like Skyrim, but not nearly as much as Oblivion, mainly because I like the architecture and characters in Oblivion more (I don't really like the "Nordic" feel and environments of Skyrim, as well as the holds). Though still, I think Morrowind is the best of them.
Reactions: 2 people
T

ShadowSoldier said:
God I hated that game, I hate that I bought it on Steam. But I am loving Elder Scrolls V.
Click to expand...

I was almost the opposite. I like Skyrim, but not nearly as much as Oblivion, mainly because I like the architecture and characters in Oblivion more (I don't really like the "Nordic" feel and environments of Skyrim, as well as the holds). Though still, I think Morrowind is the best of them.
Click to expand...

Only part of Marrowind that pisses me off is the combat system for begineers, and lack of mounts. that sucks too. but the combat seems so wierd like if I fire an arrow, if I hit the enemy then it should register, then add damage on depending what my agility is, oh well. Its still one of the best I have played. 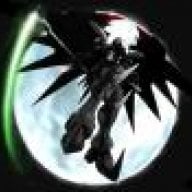 Felt like I was in a time machine. Daggerfall is where its at

Thanks I will take all of this on-board and as for the fact of it being too late, I got really, I mean really bored; almost brain numbingly bored, and I was going to speak about how late it was and how I saw a 'review gap' and decided to take it but I completely forgot. Videos and Screens will be posted in future, maybe even a touched up version of this on my blog section? Thanks so much for appreciating it is my first ever review. I do now know after reading over it again since publishing notice the lack of actual content in the game and what makes it all these fantastic things instead of saying 'its good' repeatedly. Thanks again.