Hardware Switch lite not turning on after teardown 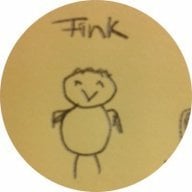 Yesterday my switch lite dropped in the toilet (just the right side went in)
So I looked if everything still worked, and everything except the right joycon worked. The joycon was always swiping right, so I thought I could fix it myself...
After I took it apart and removed water from different spots inside there I put it back together again.
Then the joycon worked normal again, but the A/B/X/Y buttons didn’t work anymore.
So again, I took it apart and saw that the silicon stuff under the buttons moved, so I moved it to the right position.

After I put it together again nothing worked anymore, no light on the screen, no fan movement and no other signs of life.
When I plug power into it it doesn’t do anything either.

Is there something I can do? Are there any “typical” problems that happen when amateurs put the switch together?

Hardware How many membranes for Switch Pro Controller?