OP
Everdrive forum user jonesalmighty started the Super Mario 64 Ultimate Edition(s) project.
The project aims to add a ton of bug fixes to the original ROM types (EU, US, JP and SH editions), and a few new missing features while keeping the original base.
All ROM types also now support the title screen easter egg and rumble support from the SH edition.
The ROM's are uploaded as IPS patches (so you can add them to the ED64 and can be auto applied to the original ROM without the need for patching it (requires renaming the patch to match your base ROM name (minus the file extension)).
He asks for feedback to improve the project.

// --| lost features
/// Correctly changes blue star model when Klepto is holding it (First star in SSL)
/// Adds unused cracked ice object in SL
/// Properly adds unused SSL Pyramid cutscene after standing on the 4 pillars
/// Changes how Mario grabs a star/key by calling his interactObj define
/// This also makes it so a blue star is shown when grabbing it
/// Adds unused sad eyes for the penguin mother when he lost it's baby
/// Adds more actions to the special triple jump such as wallkick and grabbing
Reactions: Mama Looigi 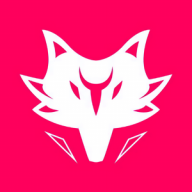 @ DinohScene: Open a thread in the respective section, you'll get more help there. 58 minutes ago
Chat 0