has anyone installed starfall on firmware 3.3e v1 or is it only for 3.2
D

starfall is 3.2 only
but you can downgrade to that if you want 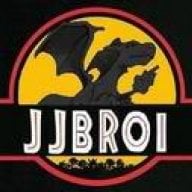 sorry but what does starfall do again?
S

starfall ... if you look on google ... type in starfall wii then this page will come up:
http://www.google.co.uk/search?sourceid=na...;q=starfall+wii
Click where it says Starfall - Wiibrew
And All This Info Appears

Note
v0.5 is the final version of Starfall - there won't be any new versions.

Installation
Just run the application with the Twilight hack or Homebrew Channel, or any other preferred method. Follow the on-screen instructions from there. You can choose which patches to add or remove.

This tool does not update any SHA1 hashes or signatures. Currently IOS isn't checking those, but that could be fixed in a future update.

Just load it and carefully read the on-screen stuff otherwise you won't be able to install it.

All hacks are optional and can be installed or removed separately.

The Rescue Menu is a built-in menu by Nintendo, it doesn't make your Wii unbrickable. If you install another System Menu, all hacks will be removed.

Your System Menu will only be patched, it won't be deleted. This makes the patch progress very brick safe.

The WiiKey2 config/update disk may have problems do to some Starfall settings. Please remove the Update Blocker and Region Free (both GC and Wii) settings of Starfall as the WiiKey2 has the same settings.

question of installation of hwfly in switch v2

B
Anyone having issue cannot see usbfs in Tinfoil 14.0.0?