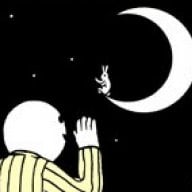 I primarily use my Homebrewed Wii for Gamecube emulation because I'm a competitive Smash player, but I'm also a musician and the concept of using a homebrewed Wii for live performance/recording is intriguing. The Wii is fairly compact and already comes with a capable soundcard and stereo audio output, not to mention supported peripherals like Rock Band/GH:WT drums to work with as a starting point. One day I would like to include MIDI drum kit compatibility through something like this, but for now I will limit the scope of my idea to just working with the drums that I personally own, the standard wireless Guitar Hero World Tour drums.

Guitar Hero and Rock Band have both showcased potential for live playback and recording with low latency via Freestyle mode. While these practice modes will certainly get the job done, they can only be accessed from within the attached game, meaning longer start-up/load times as well as a limited number of pre-set drum sounds and little opportunity for customization of the kit's parameters.

So, my idea is to create a standalone Homebrew app prototype to serve as a DIY electronic drum module with the following functions:

1. Interface with the Guitar Hero World Tour drums to receive velocity sensitive input from each of the pads, cymbals, and pedals.
2. Trigger a .wav sample of a drum sound after receiving input from the appropriate pad. Low latency is a must in order to facilitate live performance application. Custom samples can be loaded into the app via SD card for a wider variety of drum sounds.
3. Modify .wav sample playback of drum sounds with basic audio effects like sustain, volume, reverb, EQ, and compression.

There exists some precedent for these functions in existing homebrew software. For example, the GH:WT drum set is a compatible controller for the Homebrew FretsOnFire clone, GuitarsOnFire, which also has a Freestyle mode wherein minimal latency drum performance is possible. Further, the nature of the World Tour drum set as an extension controller is well documented. If I am correct in my understanding of this article, the World Tour drum pads are velocity sensitive and even include parameters for the variable states of the optional hi-hat pedal, which will no doubt be helpful features to improve the versatility of the kit beyond the prototype, proof-of-concept version I am trying to develop right now.

Obviously there are Homebrew apps capable of playing .wav files (or other audio files) at the touch of a button. DragonMediaPlayer is the most prominent and from my testing, it appears to be able to access .wav files with the same speed that would be necessary to maintain the low latency that is ideal for live performance.

Adjusting the audio parameters of the .wav files is a bit trickier, however, editor programs like Schism Tracker have shown that it's possible. Adapting these functions for quickly adjustable, live performance applications will be a challenge but should be achievable in some form.

When you consider the cost of some of the higher end drum modules, repurposing your old Wii as a DIY drum brain would be a super cost effective alternative for those of us who aren't so into e-drums that we would want to spring for a professional module (or for those of us who just can't afford anything else). Obviously as long as the project is limited to working with existing Rock Band and Guitar Hero peripherals, it will never be able to serve as a serious alternative to professional eDrum equipment, but with potential for MIDI drums support, who knows? In any case I think it'll be a fun project to work on, and at the very least, it will give me something to do with those old obsolete Guitar Hero Drums that have been collecting dust in my closet.

While some PC software exists to serve mostly the same function via Rock Band drums interfacing with programs through USB, these programs are typically not free or have other problems with latency or velocity sensitivity that limit their potential for live performance application. Drum Brain is one such example. Even if the programs are low latency and high quality enough to fit your performance needs, not everyone has a laptop to bring with them to gigs to run the software. Even if they did have a laptop, they might not have space for it with their set-up or they might not want to risk damaging their laptop. The Wii is compact, sturdy, and cheaper than a laptop (especially if you snag one with a broken disc drive). Who wants to be another dime-a-dozen laptop musician lugging their Macbook around with them for every gig when you could instead roll up to the venue with the finest home gaming console 2006 had to offer? Imagine how many phone numbers you'll get after you bring down the house with your shitty plastic drumset made for children.

All that being said, although I have Homebrewed many Wiis for people in my local Smash scene, I have almost no experience with Homebrew app development. Despite my willingness and active efforts to learn the platform, I fear that progress will be very slow without help from people more experienced than I am.

If you would be interested in helping out with my project, please leave a comment saying so. While I don't think this project is too ambitious (in its current form), if there are any huge problems in the way of the objectives I have outlined, please bring them to my attention with a comment as well.

While I would like to keep things centered around eDrums for now, as I think those will be the simplest instrument to program for, potentially being able to integrate MIDI support could open the door for Homebrew apps that are capable of acting as fully functional standalone MIDI sound modules and sequencers. I think it's a worthy endeavor and something that hasn't really been explored much lately.

TL;DR: I want to make a Homebrew app that makes use of the Wii's drum pad peripherals (Rock Band, Guitar Hero, etc.) to play custom drum samples that can be loaded via SD card. I aim to reduce input latency as much as possible and allow for basic audio effects (reverb, compression, volume) to be applied to the drum samples for live performance functionality. Comment below if you want to help develop the project or have suggestions/warnings for me.
Reactions: piete
P

Great idea, I just got a Rock Band drum set for my Wii. Unfortunately I'm only beginning to learn Java, after which I plan to learn C(++), at least to be able to include those drums to GuitarsOnFire. Meanwhile, I can help you only in spirit