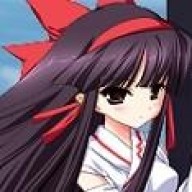 Tried the simple thing of putting the sound data from the japanese to the English. Knew it wouldnt work but tried it anyway. The japanese option screen lets you change the volumes for Voice, Sound effects and BGM. While the english version only lets you change the volumes for Sound effects and BGM. So since they programed it not to have voices in the first place, even if the data was there, it just wont play them.

So what i'm asking is, Is it possible to actually go reverse and instead, take out all the japanese text in the japanese version and just replace it with english text.

Ofcourse, some parts would probably stay in japanese if it doesnt exist in english. Such as the Options menu i described.

I tried doing this myself, And got to the opening and main menu. Ofcourse, as soon as i try starting a game or accessing the Option, the game freezes, so I messed up somewhere.

Usually when it comes to undubs.
You just put the japanese voices in the English game.

But this time, since they engineered the english version so differently We'd have to go backwords.

So instead we get
English Text in Japanese Game.

So instead of an Undub, its more of a Text-dub i guess.

Would like some help in this or if someone has some time, to make a patch for me haha. 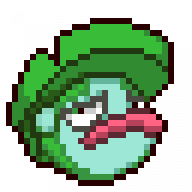 This really isn't my specialty, but I've screwed with text before --

With the game I was working with,
you couldn't make text strings longer than the originals
because it displaced the pointers in the game.

To get around that,
you would need a tool that fixes the pointers as you bump them around

I don't know how Spectral Force Genesis handles it's code,
but depending on that copypasta might not work very easily.