The key-item "Secret Key", which grants the player access to Rotom's alternate forms, will be given through Mystery Gift over the Nintendo Wi-Fi Connection and in-store Toys R Us distribution hotspots.


Bulbapedia said:
The Secret Key will be available in the US over Nintendo Wi-Fi Connection and at Toys 'R' Us stores in the US, Canada, and Puerto Rico. They will be distributed via Wi-Fi from April 20 to May 12 and at Toys 'R' Us stores from April 19 through April 26. The gift is only available to players of Pokémon Platinum. Mystery Gift will be utilized in both distributions.

To trigger Mystery Gift in Platinum (as well as other Generation IV games), players must talk to the producer on the third floor of Jubilife TV. To the producer's first question, players must answer "EVERYONE HAPPY", and to the second, "WI-FI CONNECTION". After the game is saved and restarted, the Mystery Gift option will be available on the continue screen. The Wi-Fi distribution will be able to be activated by choosing "GET VIA NINTENDO WFC" from the Mystery Gift screen (as long as the player is in range of a wireless signal) while the Toys 'R' Us distribution will be activated through the "GET VIA WIRELESS" option, in the same manner as previous in-store events involving Darkrai, Shaymin, and Regigigas, by choosing "Get via wireless". The Wonder Card obtained from the event will be able to be sent to other players of Platinum who do not already have it.
Click to expand...

Given the popularity of Pokémon Platinum in these boards, I thought this would be nice to share. In case you don't know, the same item will be given in Canada's Toys R Us from April 19 to April 26. They will be able to download the Key via NWC too, AFAIK.

Thanks, but wasn't it announced a while back?
J

X D D X said:
Thanks, but wasn't it announced a while back?
Click to expand...

It appeared between thursday and yesterday on all the major sites (Bulbapedia, Serebii, et al). Since I don't post on the News section, I gave some time to those who usually do to post it, but meh... GBATemp is not a Pokémon site after all, even it if has its good share of players. Maybe you're talking about the Canadian event? That was announced at least last week, if memory serves. 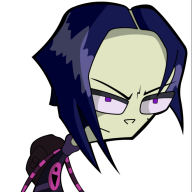 I hope for that too. If only to see if it says it's distributing Secret Key, since I patched the Wonder Card from Project Pokemon (used to be Pokesav.org) and it said it was distributing Ivysaur. A minor nitpick, but still it'd be nice to see how it differs from the other dumped distro carts other than the Wonder Card.