Hacking SD-Boot on Gamecube. Is the compatibility really that bad?

I bought a 4 gig SD card and SD Media Launcher and I started trying out some games. I downloaded sd-boot-141008.rar. It seemed to work fine, the first game I tried worked fine and it was downhill from there. Second game started, but I got a error after the intro and memory card screen. Next game just gave me some kind of error screen. One game and one .dol just stays at loading, another goes to a black screen. Two go immediately to a error screen, two give me a error after the memory card screen. I'm losing count on how many didn't work but a grand total of two games work.

I've tried to read up a bit and I haven't come across a good guide on how to get games to work. Sure, I see stuff about how to set it up but it didn't tell me that 80% of the games I tried wouldn't work. The compatibility list doesn't seem to help either because I'm getting a error on some games they say work. I'd like to be able to run a few games off my memory card, I haven't even dared to try to shrink games yet until I get some that work. Any hints? Any comprehensive guide that I'm completely missing? Sorry if this isn't the appropriate forum but it seems closest to the proper place to ask. 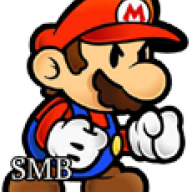 well it works for almost all the games i use..what are some of the gaems u have??...and most of mine are shrunk.
K

Ragee1234 said:
well it works for almost all the games i use..what are some of the gaems u have??...and most of mine are shrunk.
Click to expand...

Super Mario Sunshine gave me some sort of error message. Like a debug screen or something. Cubivore seemed to load ok but then it goes to some Gamecube error screen after the memory card screen. Pokemon XD never really loads, it just goes to a black screen. Those seem to be the main ways of messing up, although one game (I forget which one) just got stuck on loading. Twilight Princess, Harvest Moon, Pokemon Box and Doshin the Giant didn't work either. Only Ocarina of Time Master Quest and Donkey Kong Jungle Beat work fine for me.

It's perplexing because the last two games work as well as I could expect them to and the other games seem to find a variety of ways of not working. It takes a while to put a game on the memory card so it's frustrating to have most of the games not work. I'm not sure if I could be trying another memory card, shrinking the games, trying another version or what would cause such low compatibility. It's just perplexing that some games work flawlessly but a disproportionate amount mess up in different ways. I suppose I'll just start blindly trying different things I was just hoping to get a idea of what is most likely going wrong...

To me it sounds like its something with the SD mem launcher or the ISO's you have tried.

Because I have Super Mario Sunshine, my own unscrubbed, non-shrunk, unaltered perfect copy, and it works a charm.

Also tried a release of Zelda - The Wind Waker off the net, shrunk and it works great.

Also try another SD card, as SDHC cards never seem to be as good as the smaller ones. Im using a SDGecko with a 2gig microsd in an adapter
K

MicShadow said:
To me it sounds like its something with the SD mem launcher or the ISO's you have tried.

Also try another SD card, as SDHC cards never seem to be as good as the smaller ones. Im using a SDGecko with a 2gig microsd in an adapter
Click to expand...

It looks like I'll have to do a lot of testing. I wasn't even sure if SDHC would work so I was using a Transcend non-SDHC 4 gig card. I've done some testing and I'm a little more pleased with the results. I tried out a v0.3 version of sd-boot for slot B but it never seemed to find the games (error browsing cards) and I didn't try any other versions yet. I tried three cards, one 2 gig Micro SD with adapter, one regular 2 gig (both sandisk). I even tried my SD Adapter from DX (it was cheap so I bought it in advance of my SD Media Launcher). I noticed that it ran all three cards at 32mhz while the adapter that came with SD Media Launcher ran them at 16mhz. I tried 5 that didn't work before again and two of them worked while three still didn't (Harvest Moon and Cubivore both give me in-game errors, Pokemon XD sticks with the black screen which seems to mean it won't work on SD-Boot, period). Paper Mario and Twilight Princess worked like a charm though, on the regular 2gig SD card. So, at least I got the compatibility up some.

It only worked on the adapter that came with SD Media Launcher though, they didn't work on the one from DX. However, the games that worked on the 4 gig card seemed to load even faster on the one from DX as well as functioning properly. This whole thing is confusing to me and I have a lot of testing/learning to do I suppose. I appreciate the advice/information. Would it be possible to share in this thread or via PM the exact releases or any specific info on games that are working on Gamecube? The compatibility list seems a little cryptic and along with often alluding to Wii it also doesn't specify which release and that type of stuff.

Heres the release I have obtained of Zelda, WW

and also, im using PAL copies, since im from Aus. What about you?

Hope it helps. Maybe some more details about your setup? as im pretty sure SDBoots compatibility is fairly good, according to this guide
http://wiki.scorpei.com/index.php/SD-Boot_compatibility_list
D

I have 7/8 games on my various 2 gig cards, 4gb just never seems to work...
Some games work flawlessly and others just wont start.
It's about 40-50% compatibility I think, and some games still lag a bit.
I am using a Wiikey SD adapter.
K

MicShadow said:
Heres the release I have obtained of Zelda, WW

[NGC]Zelda-The wind waker[PAL][ESPALWII.com].rar
-
and also, im using PAL copies, since im from Aus. What about you?

And try following step by step this: SDBoot 0.4 - TehSkeen/url]
Thanks for the info. I'm using a NTSC gamecube and mainly tried NTSC. I did get the Pal Jungle Beat working though. I tried reading up and following the right download links, but the version of SDBoot I have did not include the pre-patcher. The one I'm using seems to be the newest: (sd-boot-141008.rar) so may be I don't need to pre-patch but I'm willing to give it a shot on games that don't work.

Another thing I noticed is that while Gamecube should have higher compatibility than the Wii, some Gamecube's apparently have more issues. So... for now my Chinese made Sandisk on the adapter that came with SD Media Launcher is the best compatibility I'm getting on my Gamecube.

That sounds a lot like my experience, although my Wiikey from DX doesn't work as well with my most compatible card. It doesn't seem like that's in keeping with the compatibility list but for example NTSC Cubivore and NTSC Harvest Moon: A Wonderful Life both give me a Gamecube error telling me to consult my manual even though the list indicates they should be able to work. May be it is my GC? I'll try patching them...
W

if you using sd-boot try to make sure to have your sd card formatted to fat32 format, seems to make games play faster, atleast it does for me
K

WiiBlaster said:
if you using sd-boot try to make sure to have your sd card formatted to fat32 format, seems to make games play faster, atleast it does for me
Click to expand...

The last couple cards I used Panasonic SDformatter but I haven't noticed a change in how the card acted (then again there are so many variables that it's hard to keep track). I posted on tekskeen and read 20 plus pages so my post might be a bit long/cryptic. I was sharing my results and addressing a statement that was made about adapters not making a difference (I'm open to any advice though, 50% compatibility still seems a bit low):

"I was only using my Dol-101 with a Transcend non-sdhc 4gig card, SDML adapter and the latest version of sd-boot. I was unhappy with only getting about 20% of the games to work so I started trying everything I had on hand.

With the most compatible card and the proper adapter I was able to get up to around 50% compatibility. The adapters not only seemed to make a difference (although I wasn't messing around much with the settings, I suppose that could be the main difference) but they behaved differently in each gamecube.

For instance, in my Dol-101 sd-boot thought all my cards were 16mhz in the SDML adapter. In the DX Wiikey they all showed up at 32mhz. However, the games that didn't work on the less compatible cards (I didn't test the 4 gig sdhc as much, mainly the other three) didn't work on the DX Wiikey in the dol-101. However, the games that were working loaded faster (since they were at 32mhz I suppose).

The behavior was different in the dol-001. My 4 gig non-sdhc was incorrectly indentified as SDHC in the dol-001 using my SDML adapter and didn't work at all. Otherwise, it seemed to function like it did in the dol-101 except it didn't run all cards at 16mhz. The DX Wiikey worked fine with all cards and even the games that weren't loading on it on the dol-101 loaded fine on there.

I have a lot more messing around to do with cards/settings and may be other versions of SD-boot. I'd like to get a higher compatibility rate than 50% (and I really respect the work that must have gone into sd-boot). The errors I got relating to the cards/adapters I was using seemed to mainly be some type of debug screen with code. The problems I haven't found a way around yet relate to going directly to a black screen or encountered a gamecube error that tells me to consult the manual or something like that. I tried addressing the latter problem by trying different settings and putting a gamecube game in the GC and even tried pre-patching but the problem seems to always crop up."

Hardware Homebrew My Wii has a broken SD Card Slot, what do I do?

@ NeoGaming: i just look up dank meme and found it 28 minutes ago
Chat 1