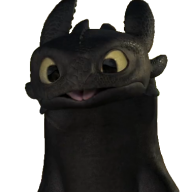 QUOTE said:
The latest issue of Nintendo Power reveals a sequel to 5th Cell's Scribblenauts for the Nintendo DS. According to a report from GoNintendo, the magazine feature additionally details the game's release window ("fall"), that it will receive "10,000 more words" and "120 new and improved levels," and will have a focus on the use of adjectives. Thankfully, the report also notes intentions to improve the game's controls -- a major setback of the first outing. We've shot an email to the developers and will hopefully have more information on the game sometime soon. For now, you can check out the full magazine cover right here.
Click to expand...

sorry to tell you but this is old news

I was pretty disappointed with the first one. I think the concept was good with the action- and puzzle-levels but it was not executed as good as it could have been...