ok so i tried remote play on ps3 to ps vita, it lags horrendously considering it streams stuff over home network, FPS games get less lag being played with people on other side of the world.

i also saw people talk about GC emulators on psp etc. where it is determined that most of the are faked by using remote play on PC... i done some googling and there isn't crap on there about doing remote play from pc onto psp/vita.

what i was wondering if i could do PC to ps vita to play pc games on it? i saw that sony vaio lappies can get ps3 streamed to them, but i doubt it is useful...

anyways, any more info on remote play? any projects to keep an eye on that could do something similar? i haven't tried multimedia server thing, does that stream stuff or can i just download movies etc. from it to ps3? 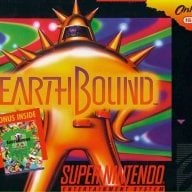 The only one I am aware of that might be considered "remote play" is PSPdisp. It can basically just make your PSP your computer monitor. You can map the buttons on the psp to keyboard keys and the slide pad as the mouse.

You can't use the slide pad as a real analog stick though. You can only map it as keyboard keys or the mouse.
So if I were to map the PSP buttons for Project64 I couldn't actually move the character with the slide pad in 360 degree rotation. You can map it as wasd but it isn't quite the same. So I usually just map movement to the d-pad instead and map c-buttons to the slide pad.

I've been looking for a kind of remote play like this that can register the slide pad as an analog stick but I couldn't find one.

btw I always use resident evil 4 control when emulating.

The PSP can connect to the PC with some software when it's hacked, the Vita isn't so it can't.
U

Terminator02 said:
The PSP can connect to the PC with some software when it's hacked, the Vita isn't so it can't.
Click to expand...

any chance for more info? would be cool to play some emulators on psp streamed from my PC?

would be even cooler if vita could be seduced into it

Just googling for a bit it looked like a program for the PC that let you control your PC via a hacked PSP, but Sony's patched it.

@ Psionic Roshambo: Flame not a thing happened here but my ex and her mom's whole area got destroyed 6 minutes ago
Chat 4