Remember Me is a third-person action game set in Neo-Paris, year 2084. The game stars Nillin, the world’s top​
“memory hunter”, working under the banner of being an “Errorist” seeking to bring down the false utopia created​
by the Memorize corporation, where the plutocrats live in places like Mnemopolis, buying, selling, sharing, and​
reliving their memories at a moments notice, while the poor abuse this gift and turn it into a drug, spending​
away their money for a quick memorial high.​
​

​
Nillin’s quest requires that she go through and rewrite the memories of different people by accessing their Sensen,​
which is mankind’s door to access their memories. These revision sequences, though how few there are, are the​
high points of the game; however, to get to these highs, you have to drudge through semi-tedious battles against​
enemies, boss fights that are high in frustration, and overly simplified climbing. The net result ends up being a poor​
amalgam of Batman Arkham Asylum and Assassin’s Creed. Thankfully, carrying you through these sections of​
mediocrity you have the often cinematic camera angles, dialogue between Nillin and her mysterious helper Edge,​
the fantastic soundtrack, and the beautiful outdoor and indoor scenery of Neo-Paris.​
​

​
Touching further on the music and scenery, it should be noted how in-tune these two are. Neo-Paris has classical​
beauty, modern architecture, futuristic artworks and graffiti, and spectacular technological advancements. The​
music, composed by Olivier Derivière, in kind, has classical instrumentation overlayed with electronic beats and​
effects, creating the perfect audio-visual synchronization for the game’s setting.​
​

​
After working your way through to your target and beginning the “memory remix” process, you watch a memory​
play through for the first time, then you are instructed to rewind by rotating your analog stick counter-clockwise.​
Fast forwarding can also be achieved by rotating clockwise. Your job is to rewind and fast forward the memory to​
find certain “memory bugs” that can be abused. A robot that can malfunction, a gun safety that can be turned off, a​
restraint let loose, simple things that when combined together make big impacts on the memory’s outcome. And​
while there is always a clear path to your goal in the rewrite process, you can also watch other, equally interesting,​
alternative scenarios play out. This memory revision process is one of the most refreshing game experiences​
I’ve had in a long time and makes any problems worth overlooking.​
​

​
Overall, Remember Me has amazing high notes like the memory remixing, amazing soundtrack, and gorgeous​
visuals, that easily outweigh any negative or mediocre moments that may reduce the game’s focus. I would not​
suggest playing this game on its hard difficulty, as the extra challenge, I find, detracts from the otherwise​
amazingly cinematic experience. Play this game and play it quick, don’t get too distracted along the way.​
Personally, I give this game an 8 out of 10. Remember Me is a thought-provoking and refreshing game experience.​
​
Post-review side thought: Remember Me evokes the thought that video games are not all that different from​
buying a memory for your Sensen. You’re taking someone else’s experience (you’re not Master Chief or Nillin or​
Mario or any other character), reliving it in full detail, and making it a piece of your own memory.​
Reactions: NahuelDS

Good review, and I'll have to agree with your opinion.
D

Your review just sold me on the game. I'll get it come Steam sale.
Reactions: TehSkull

Already finished the game. All I can say is... best ass ever 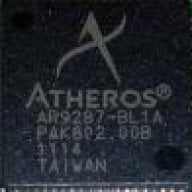 I clicked this thinking it might be about those silly recent movies called "Remember Me".. glad it wasn't. Do yourself a favor and don't watch either because they're both rather boring... 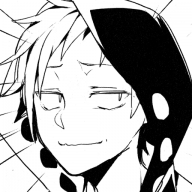 I like this kind of games, I'm gonna get it.

soulx said:
Your review just sold me on the game. I'll get it come Steam sale.
Click to expand...

Thought I'd make sure you and all other interested parties know that:

Having beaten the game a while back, I can say that this review pretty much reflects my thoughts on the game. The biggest flaw is definitely the combat system, and unfortunately there is a lot of combat to slog through, but the rest of the game makes up for it. 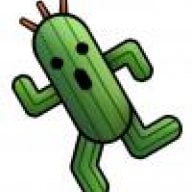 looks pretty good, i'll pick it up on a steam sale prob, thanks!