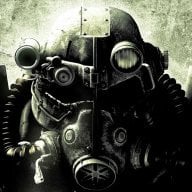 I re-appropriated my HDD some time ago for use with my 360 and PS3, and just now got a new HDD for my Wii. A lot has changed now, and I'm not entirely sure how I should set it up. I want to play everything I can from the HDD. I was just playing WII games as well as emulators, but I see it apparently is possible to play Wiiware/VC, as well as GCN games from the HDD. Also apparently you can emulate the NAND for game saves? So, what is the recommended partitioning I should do on my 2TB drive, and what apps are needed or recommended? I was using the CFG mod for Wii games, and the usual emulators, fceugx, snes9gx, and, uh, I can't remember the one for genesis. So, recommendations?

Anyone? I'm under the impression I want two partitions, a fat32 and ntfs. I just don't know how big I should make each one.

J
Hacking Another moron who can't get their HDD to work

K
Hardware Wii games load via my usb stick, but not my hdd drive