Hacking Questions about a New PSP3000 from Amazon

I'm thinking of picking up one of these PSP 3000's off of amazon.

They're brand new, and being sold by Target. I was curious as to weather or not these would be hackable/downgradeable to a full CFW, or would it only be a temporary hack? I'm very new to the PSP Scene and I've been interested in getting into it. If it is hackable and I do get one, what would I need besides a Memory Stick? Would I need to get a Pandora Battery or something similar? 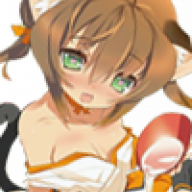 Currently, certain firmwares (6.20, 6.31, 6.35, 6.39) are semi-hackable. The extent of downgrading depends on the generation (represented by a number followed by a 'g') of the psp - if you are unsure of what generation psp you have, don't downgrade under 6.35 as it can brick your psp.

So far, only 6.20 is permanently hackable; you can chose whether to make your 6.20 psp permanent or temporary though.

A pandora battery + MMS isn't required in order to install newer hacks (such as 6.XX PRO and 6.20 TN).

ISO compatibility is higher than older firmwares (5.03/5.50 GEN, 5.00 M33, etc) that requires patches to be applied to newer games, but certain games (mostly old ones) might not work on newer hacks. POPs (PlayStation on PSP) compatibility is also greatly reduced, due to the lack of Popsloader.

Chances are very high that the new 3000s will have the 09g module, so no, you won't be able to downgrade to 6.20 for a permanent CFW. In all honesty, it's not that troublesome using a LCFW.

Pandora batteries can only be used for PSP 1000s and some of the 2000 models, so don't worry about them at all.

I strongly recommend reading the "How To Softmod (Hack) Your PSP" and "PSP hacking/modding F.A.Q. (Start Here!" stickied threads for more information.
R

Thanks very much for the great replies, really helpful. 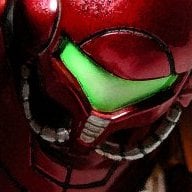 @ kenenthk: We hate change but we adapt A moment ago
Chat 4