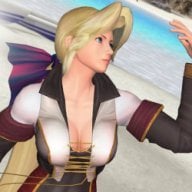 Hi! I have been trying to get models from Mario Party Top 100, but the files are in a zdat file format. I read some other threads about this and it turns out they're just bch files compressed with zlib. I have also tried to extract them with quickbms, but instead I got bunch of bmdl and bmfa files. I checked them with SPICA and some of the bmdl(s) are animations and one of them was the actual model, but I would like to convert the zdat files as bch so I can convert the animations for my project (Probably requires hex editing, but it's not a problem for me)

There was apparently a zdat extractor specifically designed for extracting the model files, but is no longer available anywhere.
T

Have you found it yet?

TonyTini said:
Have you found it yet?
Click to expand...

I used the quickbms script and exported the model and all its animations one at a time with SPICA and then extracted them from the model as anim for brawlcrate using maya.

PlayersPurity said:
I used the quickbms script and exported the model and all its animations one at a time with SPICA and then extracted them from the model as anim for brawlcrate using maya.
Click to expand...

Did you share those anywhere? how about the models resource? i'd like to get a fully animated yoshi

Emulation How to use Fire Mario skin in Mario Party the Top 100?

@ KenniesNewName: Ye but mine comes with a promise of less viruses 14 minutes ago
Chat 1