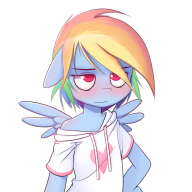 I followed hackinformer's guide (http://hackinformer.com/2015/10/08/3ds-cfw-autoboot-homemenuhax-ctrbootmanager/) on setting up an autoboot for rxTools, but for the life of me I just can't make it work. It keeps returning:

"An error occured while loading the payload.
Make sure your launcher is located at:
/rxTools/sys/code.bin

Press any key to continue"

The thing is, I haven't the slightest idea where to get this mythical code.bin from. I've been using rxtools on MSET 4.2 for a good while now, without ever having a code.bin. The official releases don't contain any. I can't find links to a code.bin file anywhere, or at least none that work. I've tried the one from the 3.0 release on Github, but it returned the exact same error; most likely because I'm on rxTools.dat version 2.6. Is 3.0 more stable than the release notes imply, or am I just doing something wrong? 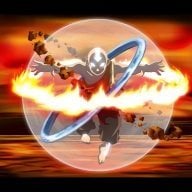 Get this stable build

The code.bin is in the rxtools/sys/ folder. Follow any rxtools tutorial for how to set it up. You need to run the CDN_firm.py file to get the firm folder and place it in the rxtools/ folder on your SD card.

samiam144 said:
Get this stable build

The code.bin is in the rxtools/sys/ folder. Follow any rxtools tutorial for how to set it up. You need to run the CDN_firm.py file to get the firm folder and place it in the rxtools/ folder on your SD card.
Click to expand...

Well, it's at least booting now, but CDN_firm.py just generates a single firmware.bin file. Placing it on the root or in /rxTools doesn't work; both return "Failed to load NATIVE_FIRM: 4." I've also tried manually creating a firm folder in /rxtools and placing the firmware.bin there, but it still returns the same error.

EDIT: Figured out that firmware.bin is supposed to go in the /rxTools/sys folder. Works fine now

EDIT 3: Finally got it working. I just followed most of the instructions from the guide at http://gbatemp.net/threads/tutorial-installing-rxtools-custom-firmware-3ds-and-2ds.390867/ , but instead of using CTRBootManager, I edited themehax's payload to load rxtools.3dsx.
Last edited by The9thBit, Jan 2, 2016
Reactions: samiam144 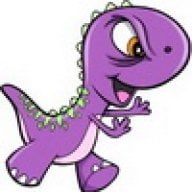 glad it's working. the tutorial you mentioned on this forum is pretty solid and others should really start there rather than struggling. Sorry you had a hard time with it.
Reactions: The9thBit and samiam144

Hacking rxTools works with browser but not 3dsx?