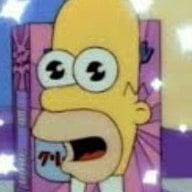 Sorry if this post is redundant or already been answered, but I found a link to a guide claiming to have CFW on 6.61 firmware. I've done some searches here and haven't found anything except for guides on 6.60. My friend wants to emulate on his PSP, and has tasked me to mod it for him. The link to the 6.61 guide is here:

I'm just wondering if anyone has tried this on 6.61 and been successful? I know I can downgrade it to 6.60 and do one of the existing guides here, but I figure my friend may still be able to access the PS Store if he's on the most current firmware. Either way, I would like to humbly ask anyone if they've tried this method? Last time I modded a psp was my launch day 1.5 and later 2.0 fw

T
My psp crashes because of plugins.

@ Ophelia_Later: it was small investments over the course of a year and a half 6 minutes ago
Chat 4