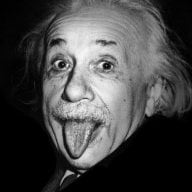 I've been searching online for 2 days about this issue, and I haven't found a single post of another person with this problem. I hope someone here has seen this before.

The problem: When I install FHDB to my fat scph-50001 PS2's internal HDD using the latest FMCB installer or using the noobie hdd image, the PS2 will boot fine, show the Free McBoot Logo, drop me into the menu that says "Free HDBoot" and "Use arrows to browse list" except there is no list... The "Free HDBoot" text which is usually at the top of the screen is in the middle, there are no menu options, and if I press up or down the console freezes and must be hard reset. However I can press X which opens the memory card browser (which happens to be the first menu option if the menu were displayed correctly), so it clearly seems to work but for some reason won't load the menu options.

I can boot FMCB perfectly fine using a memory card, including using the menu, loading uLaunchElf, OPL, etc. Everything works perfectly including playing backups off the HDD with OPL, so there's clearly no problem with my HDD adaptor.

For peace of mind though, I'd like to have FHDB and OPL installed internally as a backup so that if my memory card goes bad or is lost, I can still use the console and easily create another FMCB memory card.

Every guide I've read says to just use the FMCB installer to install FHDB, which I did, but I always get the same result.

Had anyone seen this problem? I haven't even seen a screenshot online of the same thing, so I'm wondering what is so unique about my console...
Last edited by einsteinx2, Sep 1, 2018

Another fun problem I apparently have now is that since I installed FHDB and then "successfully" uninstalled it using the option in the installer, the console no longer boots with the HDD in unless I have a FMCB card in. It shows the normal Sony boot animation and makes sounds like it's spinning up the disc, then the screen goes black and the disc just spins up, stops, spins up, stops, etc. I tried removing some left over files I found on the hdd using uLaunchElf, but it still does the same thing. Not the end of the world since I have a FMCB memory card anyway and this is just a small test drive before I get my 2TB drive, but not sure why I'm having so many problems with FHDB when it apparently works for everyone else...
Last edited by einsteinx2, Sep 1, 2018 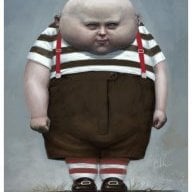 From what you describing it sounds like either your drive is either starting to fail or is heavily fragmented, can you get FMCB 1.96 again but check for the fixed update installer from SP193 , then format your drive completely and re - install from freshly formatted drive , alternatively use Winhiip to format your drive then install FHDB onto that . I would also try using FMCB 1.94 or 1.95 for installation before ruling out all possible incompatibility with latest FMCB/FHDB.

einsteinx2 said:
The "Free HDBoot" text which is usually at the top of the screen is in the middle, there are no menu options, and if I press up or down the console freezes and must be hard reset. However I can press X which opens the memory card browser (which happens to be the first menu option if the menu were displayed correctly), so it clearly seems to work but for some reason won't load the menu options.
Click to expand...

Logo with no custom menu options means the HDD is being read, but only partially. This usually indicates that the HDD is dying and/or not getting enough power. Do you see the white light flickering through the vents on the bottom-left of the front of the console after the logo appears? This means that the HDD is being read. Try a hard reset by waiting 5 seconds after the light fades from the power LED. Just how old is your HDD? Try booting FMCB and run HDDChecker.elf to fix your HDD; run the first option. After, reinstall FHDB.
http://ichiba.geocities.jp/ysai187/PS2/HDDChecker.htm
Last edited by zfreeman, Sep 1, 2018
Reactions: L2000

Thanks for the info guys, I'll try the HDDChecker elf and see if it finds anything just in case, however I think it's unlikely to be a hard drive problem as I've tried this on 2 drives now with the same results, both freshly formatted. Granted both are older IDE drives but they seem to work fine for literally everything else but FHDB... One drive is a Hitachi 7200rpm 80GB drive and the other is a Maxtor (I think 5400rpm) 80GB drive.

TL;DR: I've reformatted both drives multiple times, used the FHDB noobie image on both drives as well as manual install with the same problem, however the vash32 hdd dump works perfectly and so does FMCB. Really weird...

Here's everything I'd tried already before posting this thread in full detail:
1. Use WinHIIP to do a fresh format and then use HDD Raw Copy to write the FHDB "noobie" image on both HDDs (this results in the "no menu items" issue)
2. Use WinHIIP to do a fresh format on the Hitachi drive and then use HDD Raw Copy to write the vash32 HDD dump (this worked perfectly, all apps and the ps1 game functioned perfectly, I was able to use uLaunchElf from this drive to create my FMCB memory card which I use now)
3. After creating the FMCB memory card, use WinHIIP to format the Hitachi drive and then used HDL Dump Helper to almost completely fill the drive with PS2 games (3 CD games converted from BIN to ISO and the rest DVD games). Without the FMCB memory card in, but the HDD in, the console boots to the normal menu. Using the FMCB memory card, the console boots into a fully functional FMCB menu and OPL is able to play every game I've tried so far perfectly without any issues whatsover. I've also been able to run various elfs using uLaunchElf. I'm currently using this drive setup this way and it's working great.
4. With everything now working, I tried using the same FMCB installer (version 1.95 I think) I used to create the memory card to install FHDB. This results in the console able to boot into FHDB but again with the "no menu items" issue.
5. Next I used the FMCB installer to remove FHDB. Now when the console is booted without the FMCB memory card, it gets past the Sony loading animation and the disc spins up over and over and never boots. With the FMCB card inserted, everything works perfectly and I can play all the games on the HDD using OPL.
6. So I tried to remove some remaining files I saw on the various HDD partitions related to FHDB using the uLaunchElf file browser, but I still have the same boot issue if I don't use the memory card. The only thing I couldn't undo was to remove a new FHDB partition that was created during the last FHDB install process.

EDIT: Running HDDChecker now, starting with the check for errors option then will run a surface scan. On the main menu it did say that SMART status was OK so that's a good sign at least for it not being a dying HDD.

EDIT2: Hmm when using the check disk for errors option in HDDChecker it says Please Wait and then just sits there forever. I don't hear the disk spinning or anything... Not sure if it's a bug in the program, some indication of an HDD problem, or some other problem that is potentially related to my issues with FHDB. When HDDChecker is first launched, it spins the drive up fine and reads all of it's info including SMART status, so not sure why it won't do the disk check. I'll let it sit for a while and then try a surface scan.

EDIT3: Actually decided it had been sitting there long enough and tried out the surface scan option. That's running now without any issue, so I guess either the check for errors option displays no output until it's done (I'll try running it again after the surface scan and just leaving it for an hour or two) or it just doesn't work on my PS2 or in general. Anyway so far 0 bad sectors on the surface scan. I'll update when it finishes.

EDIT4: The surface scan finished successfully, 0 bad sectors. I really doubt it's a bad drive at this point considering SMART status is OK, no bad sectors, and playing games from disk works perfectly fine. I would also assume if I had a bad adaptor then I'd be seeing more issues than this as well. Really stumped at this point. Anyway, I have a SATA board coming in the mail soon that replaces the IDE board inside the official Sony network adaptor and allows connecting SATA drives. I'll be upgrading to a 2TB SATA drive, so I'll test again once I have that setup and see how it goes. Ideally I'd love to have HDD booting working correctly if only so that I'm safe if something happens to the memory card, but at least right now when booting from the memory card everything works fine so it's not the end of the world I guess.
Last edited by einsteinx2, Sep 2, 2018

L2000 said:
From what you describing it sounds like either your drive is either starting to fail or is heavily fragmented, can you get FMCB 1.96 again but check for the fixed update installer from SP193 , then format your drive completely and re - install from freshly formatted drive , alternatively use Winhiip to format your drive then install FHDB onto that . I would also try using FMCB 1.94 or 1.95 for installation before ruling out all possible incompatibility with latest FMCB/FHDB.
Click to expand...

I just checked and confirmed that I used 1.95. I'll try some other versions to rule out some new bug since it's looking like it's not a HDD issue. Thanks for the idea!