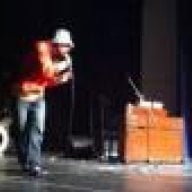 when i play the retail disc of super smash bros brawl, it works completely fine on my wii.When i play the iso on dolphin emulator, the iso works fine. I burned the game at 2.4x onto a dual layered cd and did do the layer break thing using a number i got from another forum. When i turn on my wii, it reads the game fine and even shows the super smash bros brawl banner, then i launch the game with gecko, and it starts playing, it shows the first white screen with the wii mote safety, than it shows the screen that says "online interactions are not rated by esrb" and then it shows the smash logo and starts to load, but then a blank white screen shows up and i get "error has occurred. press the eject button remove game disc and turn the power off...."

so is this a problem with my disc or do i have to install some cios?


also id prefer using a disc i already have burned, but i do have an sd card and an sd card reader, the sd card has 16gb free, and is in fat32 format, if we for some reason cant get the disc working, i wouldnt mind trying to get it to work with the sd card, i have wii game manager but dont really know how to use it, i cant put the game onto the sd card cuz its too big, cant format it to wbfs cuz i need the sd card for other purposes as well(camera) and i dont have a usb stick, but might get one if i have to.

I want the disc working, if that wont work, id try the sd card, and i really dont want to wait to buy a usb, but if all else fails id do that, so can someone please help me get this game working.

Is there any way of getting games like Mario kart wii to be able to use wii speak?