Hello,
I bought NDS with touch screen that was in bad condition. It worked almost fine, but some places had problem when I drawed lines, not just touched one point. I thought that it was used touchscreen, because in some places I saw that touching layer is touching the LCD screen. I bought replacement one - I get matt one if it is any difference. I connected everything and it didnt worked. I thinked thats just cheap Chinese part, it could be broken before I mounted it. Then yesterday I saw that this one have similar issue - look on the picture: 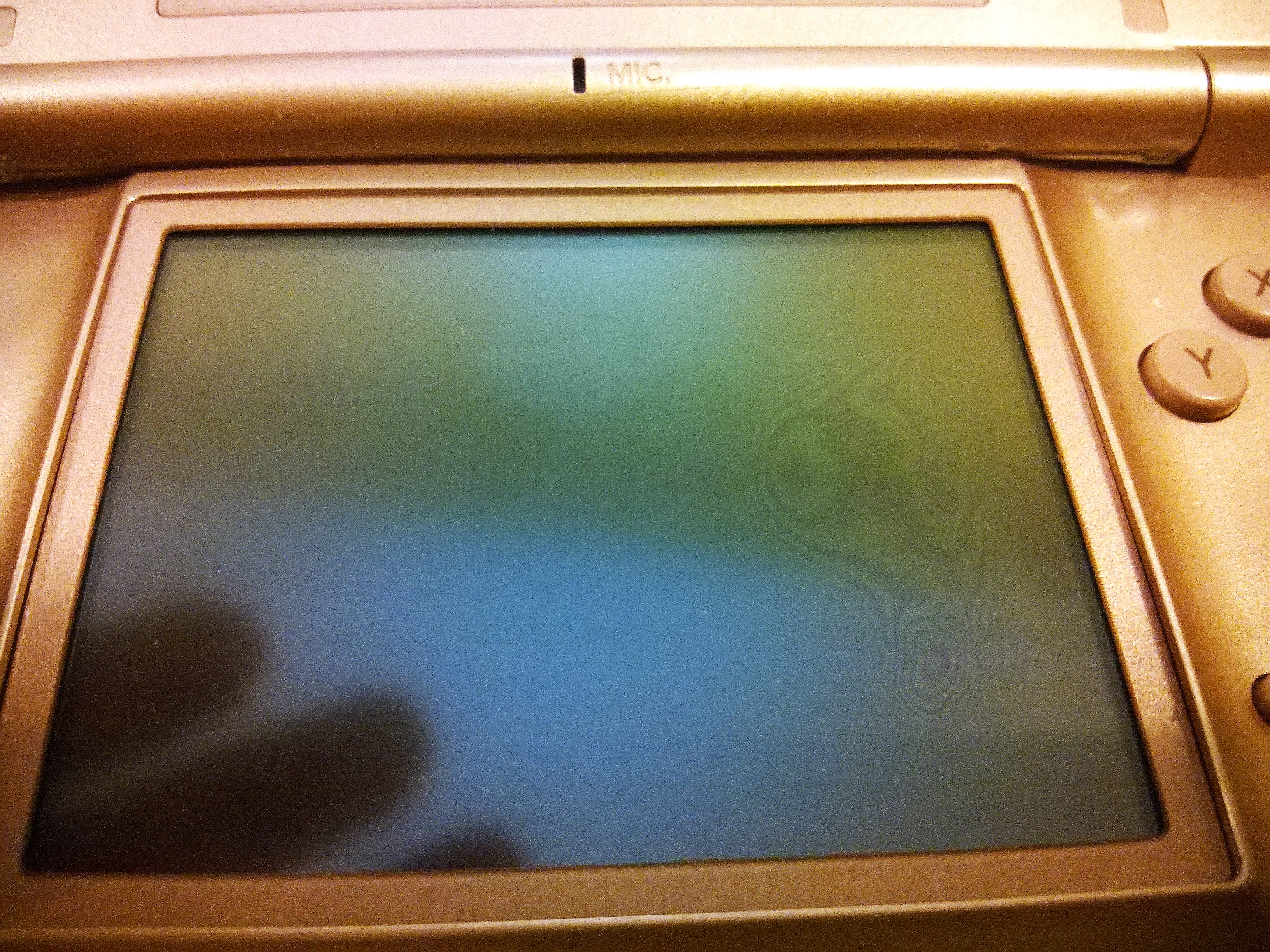 Then I tried to calibrate it. It is almost not working - I need to use a lot of force, seems that only right part is partly-working.

As you can see touch layer is touching LCD again in the similar place that in old one. Did I any mistake when I mounted it or what is making that problem? Did any of you had similar problem with touch screen actually touching the LCD and making that awful rainbow-something look?
N

Touchscreen touching the lcd won't affect anything as the actual touchscreen sensor is the top layer, bottom is just a glass plate.
There are 2 possible causes:
1) Many chinese touchscreens are just plain broken, you should test them before assembling the ds.
2) Plastic touchscreen bezel (colored frame that you apply on the sides of touchscreen) can mess with contacts if its causing pressure somewhere. Make sure that touchscreen works without it and then apply it while leaving some space between it and the plastic case, it shouldn't press on touchscreen.
P

I reassembled console. Now rainbow is gone, but touch screen doesnt work. I triple checked everything, tapes are connected. May it be digitizer or its something wrong with console itself?