Hacking Please move away from white text on a black background. 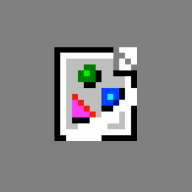 After updating Luma3DS, and rebooting, I noticed that my screen was flickering at the top. Very badly, actually.

Since the Luma3DS hourly appears to not work at all, I decided to boot my console without my SD Card in and while CTRX was loading (to replace the arm9loaderhax.bin), I saw the "Press start to shutdown or enter your PIN to proceed" message on my top screen.

Screen burn in. I wasn't even on the screen for more than 5 seconds.

I've currently loaded the 3DS on a neutral white image, but it doesn't appear to get any better after around 30 minutes. The entire top quarter of the screen is flickering.

Then I began to think. While one is using a guide to change Luma3DS settings or using @d0k3's tools to restore a NAND, a console can stand on the same screen for a long while, causing burn-in. This really is similar to asking to create a GUI for these tools, but that's asking too much. Instead, I'll just advise not to use pitch blacks next to pure whites. Maybe grays and pastel colors.