So now we have another game-loader, but this time it isn't another Backup-Manager for the PS3, but a new game-loader for the PS2 which is introduced with this 'Public-Beta' (Version 0.800 OpenBeta) [first released version].

This game-loader is a one-man-project and started even before 'Open PS2 Loader's rapid development. It's structured differently then 'OPL' and is optimized for external devices only.

Currently, it supports loading from USB and also have compatibility-fixes for games. But SP193 is trying to get iLink-Support working like it seems, but he stucks and is asking for help about the iLink-Drivers, thus your help could improve the programm.

SP193 also joined the OPL-Developmentteam not to long ago, so both apps might gather something from each other.
Loading games from USB get's quite compfortable, when you look at the choice of USB-Gameloaders now.

Get all the news and Info about it, in it's release-Thread.

I wonder if it works on the PS2 Slim.

Jakob95 said:
I wonder if it works on the PS2 Slim.
Click to expand...

Probably what it's intended for I would think. If this turns out to be good, maybe I will go buy myself a PS2 Slim and get a drive to play some games on.

OPS2L is doing fine as it is, especially if you have a LAN cable.
Connect PS2 to PC, rip game, do a quick convert and play... 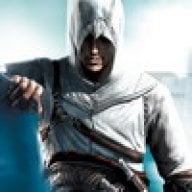 so i'll be able to run ps2 games on my fat ps2.....
Without having a network adapter or Acrion Replay MAX ??

You need a way to boot the .elf file, so yes, you still need an Action Replay/whatever.