I plan to use docked settings in handheld mode when traveling to/from work in the train and I also plan to connect the switch to my powerbank, in order to bring the GPU also up to docked speedks.
However I don't completely understand exactly how sys-clk and ReverseNX(-tool) will work especially in the case my powerbank runs out of juice.

In the case my powerbank runs out, I would like to use the normal stock handheld settings and also use the game as intended in handheld mode (without ReverseNX).
So if I set the setting in sys-clk to docked speeds only when charging, will the speeds be go up and down automatically and also instantly when I plug in / out the charger?
For example the charger was pluged in and I ran at docked speeds, will the speeds go to handheld speeds even while running a game when I unplug the charger (or the battery of the charger runs out) and vise-versa?

What about ReverseNX, if I used the ReverseNX-Tool to use docked settings, it will of course stay in these settings even when I run in handheld speeds, which will in most cases result in poor performance. What is the easiest way to change quickly to handheld settings? Will I need to close the application (=game) completely, run ReverseNX again to disable it, or is there any other way?

Thanks for all your help.
O

Thank you. Anyone tried docked settings on the handheld screen for Dragon Quest XI. Is the quality improvement worth the trouble?

Are the differences more subtle or striking like for example in Xenoblade Chronicles 2? 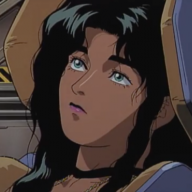 City Hunter said:
Thank you. Anyone tried docked settings on the handheld screen for Dragon Quest XI. Is the quality improvement worth the trouble?

In my personal experience it's worth it if you don't mind the slight tradeoff in battery life / fan noise. Things appear less jagged, textures are better, everything's sharper, etc. Just maybe keep a charger on-hand for extended

Is it safe to use reverseNX and docked clocks in portable? Using the official charger. Will it cause future
damage?

@ kenenthk: Don't know if smb2 for 3ds is insanely easy or I'm just gud 35 lives and on world 2 already lol A moment ago
Chat 1