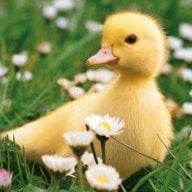 Ok, so I made an emu and with Emunand9, then launched it with rxTools, and it loaded fine. After that one boot, it will not load again, no matter what I do. I have formatted my sd, used the gateway launcher to make and load the emunand, but I constantly get black screens. Is there something I'm doing wrong here, or would it be an incomplete downgrade (I downgraded from 10.3)?

EDIT: Didn't make it very clear but I have re-formatted the emunand as well.
Last edited by TheDuckMan64, Jan 12, 2016

R
Hacking Can anyone help, trying to boot Gateway

Hacking Switch Emunand not booting up after updating sigpatches

@ The Real Jdbye: i agree popcorn is bland but caramel popcorn is really good 20 minutes ago
Chat 1