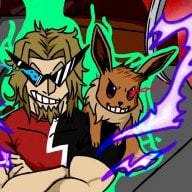 I'm looking for Pokemon stuff that enforces Nuzlocke because it feels more real when it's a mechanic rather than a self-imposed restriction. Wondering if anyone can lead me to those for any Pokemon games.

I have an R4 for DS titles like 4th and 5th gen. I have CFW to inject VCs for GB/GBA titles. So for those I'm willing to put a whole hacked rom.

But for 6th/7th gen I can only hold a couple more games full-sized 3DS on my SD card and my legit copies are on cartridge, so I'd prefer links to some sort of patch/plug-in/whatever.

Thanks in advance, this will make Pokemon feel so much better.

I do prefer the story to remain unchanged, but I'm not against the changing of Trainer and Wild (non-story) Pokemon. In fact I encourage ones compatible with randomizers. 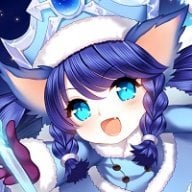 Virtually impossible. It would take rewriting parts of the game to account for cases such as losing your entire team. And since Nuzlocke rules are so easy to abide by, there's no point trying.

If you're okay with playing on your computer, look up Pokémon Insurgence or its predecessor, Zeta/Omicron, which have Nuzlocke modes, among many other great features. Otherwise, you're SOL.

this will make Pokemon feel so much better.
Click to expand...

And frankly, I heavily disagree. Pokémon has a good chunk of RNG to it that can completely ruin a Nuzlocke run out of pure luck, and all it "feels" is BS.

If you want to ramp up the difficulty in a way that's healthy for gameplay, check out Dio Vento's hacks for ORAS and SM. The hacks buff up NPC teams, balance them better against the EXP Share, and throw in a few goodies like making in-battle healing items less accessible (and therefore less spammable).
Last edited by Heartcage, Dec 2, 2017

@ Psionic Roshambo: He broke all kinds of records Today at 6:42 PM
Chat 0