PLEASE START READING FROM THE 7TH PARAGRAPH FOR THE SHORT VERSION OF THIS POST.

So for anyone who cares, not long ago, nintendo started relelasing more Virtual console games, on snes 3DS line up. One of these games that may have attracted attention was Mega Man X2 and X3, Why not X1? I will explain.

For some of you who may not know these two games on the SNES were made by capcom. Okay you knew that, so i'm gonna get more in Depht about it. If you ever played Mega man X2, you may have noticed that during play there are two enemies in the game that look like a wire frame. The first one is found in Magna Centipede stage, as the first mid-boss. Is a Wire frame sword. The second one is also in the same stage but at the very end, final boss. After you defeat sigma (Who looks like a robotic wolverine from X-men) You fight a giant wireframe head of Sigma known as the sigma virus. The same thing happens in Mega Man X3, In Blast hornet stage there is a mid-boss that looks like a wireframe star, or shruiken, or Snowflake, is some wireframe hologram. Then again after the final battle at the very end wireframe sigma head shows up again.

Wireframe Mega man X, head/helmet and "X" Logo in title card In mega man x2. (The title card exist in X3 and is animated differently but still use wireframe.) 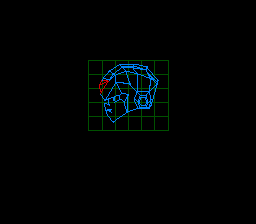 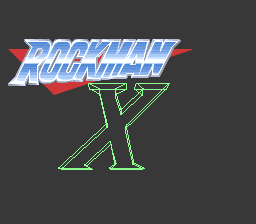 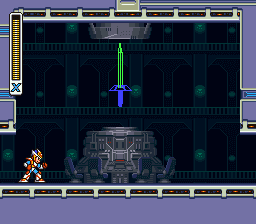 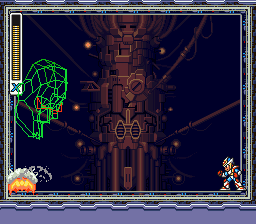 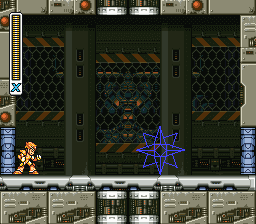 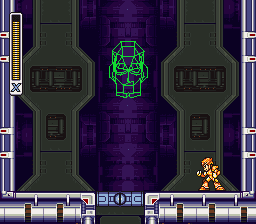 These special effects were not present in the first game. They were made possible using a special chip developed by capcom known as the CX4 Chip. Only two games that ever used them was the two Mega Man x games spoken about above. The chip is imbeded to the circut board of the chip and is used as a co-processor for performing calculations and advanced arithmetics, those were used for the wireframe effects in the two games, which at the time was special but not so much anymore. Is Basically how those bosses existed in the game. Well that is enough for the Explanation.

Now the reason why i am highlighting this is cause usually when porting games from original, to moderen consoles for replay, it sometimes don't go well. Usually when games come out for Virtual console, I think nintendo would have to make special under the hood changes to make the feature work and useable with the roms they are porting. Sometimes people would think that "Is a emulator, it supposed to copy what something else does" Yes is true that what emulation means. But sometimes is not that easy. You need to know how to make it do that. Is not always as simple as copying the file from one place to another and making it work, it would be if you mean by Repoduction cart, or some Snes everdrive. Sure. But once again, the cartridge itself has to support the enhancement chip for the game you are playing to work.

However emulator is different. Since the system is not natrually intended to use the features of the file, one must create a way to do it. Nintendo Created virtual console when the wii was made to be able to play Classic games through emulation. Sure you have to download it, but even if you did use physical format like The Disc you insert into system you would still be playing a emulated version of it. Most compilation games or Ports are emulated, but some are actually reprogrammed to work on the system, like HD Remakes. Is reprogrammed based on original source to work on system, as opposed to just creating a emulation system that is used when playing it.

Basically what i am saying here is coding emulation must not be easy, expecially since it could be taking long time. But mostly the vast majority of games for SNES were pretty basic, If you wanted games to have special effects, you would have to find someway to do it. Star Fox has 3D rendered polygons cause of a SUPER FX chip, shared with some games like Yoshi's island, and Doom (Doom used 2 FX chips) Some used the SA-1 For Super mario RPG, Kirby Superstar, Kriby Dreamland 3, Mega man X2 has CX4 and so far i think Tales of Phantasia and Star Ocean might be the most advanced games for that console, having least 6MB rom size. Either way, it must be unclear yet why i highlight this.

I stated that stuff to inform any curious people about what i may be talking about. But i just wanted to share this. Mega Man X2 has been on Virtual console since Wii, and updated wii u, and 3DS. But there something that made me curious. Inside the two games, there is a hidden option to perform a test of the CX4 Funcitonability. (Is left in the game since release, probably for dev purposes.) If you hold the B button on the controller in slot 2 You will see the test being performed and will note any okay or errors in the test. The screen shot below shows Mega man X2 on 3DS VC, this error is also present in MMX3 VC

I did this with the 3DS and it has one error. Since i don't have any other Virtual console version, i couldn't say if it was the same in them or not. The game still works as intended, but i still find it odd this error exist, it shows the CX4 Emulation wasn't perfectly made. I also did the same thing with my android emulator of Snes9x EX+ and it also failed this same exact thing in mega man x2. However in mega man x3 it didn't fail, it pass all of them. The top picture shows the 3DS VC CX4 Test Of MMX2, while the bottom shows the test in MMX3 from the android emulator.

I do find it odd why the VC fails this specific test on both games, however they are playable to very end with no problems. While my emulator only fails one game but pass the othe other. This test is also possible in MMX2 On Mega man X collection for PS2 and Gamecube. But not in MMX3 as those versions emulate the PSX/Saturn/PC port of the game intead of the SNES.

Thiis may not really matter to most people if the game works, or even if they don't care how it works, but the reason why i highlighted this was to share a observation. It was learning experience for me, i wanted to share. I wouldn't know if the other VC ports of the game (Wii and WII U) has the same result since i don't have them to test, but if anyone wish to, you can and share it here.

Basically i don't know anything about programming, emulators or this specific function support. But i find it funny how Nintendoo offical emulation system can't pass this test. Is also curious why this test fails, or why it poses no threat or problem to the game at all. I don't really get it much, but i couldn't ignore this.
Reactions: horokeusama

ROM Hack Has there been a way to use the patches in "virtual console" games on other emulators?

@ M4x1mumReZ: Don't know if you can disable such notifications through the settings. 7 minutes ago
Chat 1