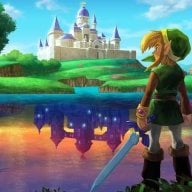 I have decided to sell my switch as I don't have time to play it any more. I installed sxos when I got it, and it is running firmware 5.1.0. It is not banned.

When i try to unlink my nintendo account, it asks me to update the console. Same if I try to factory reset etc.

Do I have any options here? I'm not sure if I should update it to unlink my account, sell it as is, or something else. Please advise

Why not sell as-is? Does it have any revealing info on your nintendo account?

Not actually sure, just feels safer to remove it? I have purchased a game on there too, so maybe my payment details are on it 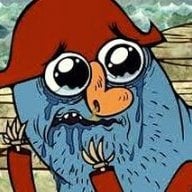 There might be easier ways, but maybe downgrade then remove the account cuz I think the not being able to remove it thing was added with an update.

If you were selling it to a close friend or something, you might get away with it, but if you're listing it for sale you should probably get rid of that information even if the chances of it backfiring on you are low.

Go to the maintenance menu (hold volume up and down on boot) and format it there. Alternatively, you can use Haku33 or ChoiDujourNX to format the Switch. Haku33 would probably be best, particularly if you dirtied the NAND.

In maintenance menu it says my account will not be useable on any console until it is reactivated on this console.

So its best to downgrade it somehow and wipe it, then install sxos on it again?

terids said:
In maintenance menu it says my account will not be useable on any console until it is reactivated on this console.

So its best to downgrade it somehow and wipe it, then install sxos on it again?
Click to expand...

Back in the 3DS days, you could just call them and get your account unlinked from this 3DS on their end by saying you don't have access to the old 3DS anymore. I don't know if that's still possible on the Switch.

Assuming that's out, if you don't want to update the Switch to 9.0.1, then the only way to format the system and unlink your account on Nintendo's end is to do the following:
This should leave you with a relatively clean Switch on your current system version with your account unlinked.
Last edited by Lacius, Nov 3, 2019
Reactions: terids

Thanks. Ill try calling them up, that would save a lot if trouble

terids said:
In maintenance menu it says my account will not be useable on any console until it is reactivated on this console.

So its best to downgrade it somehow and wipe it, then install sxos on it again?
Click to expand...

If you have not used your Switch online after the firmware update was added that allowed you to associate your account with multiple consoles as secondary consoles, then the first time you go online with your account, you will be asked whether to set the Switch as a primary or secondary console. If you have already set your Switch as the primary console, the only way to deassociate it without risking a ban is with a clean NAND backup or clean sysNAND (which you should have) and going online there. Unless you want to call Nintendo and ask them to deassociate it for you so that you can use it on a new console, that's always an option.
You can unlink the Nintendo account on the console without going online. I don't remember how, but I did it on my emuNAND. The local user is still there, it just doesn't have my account linked to it anymore. That won't help you deassociate it on the server side though so it's not really useful in your case.

You will always be able to link your account to a second Switch. But you can only have one console associated as primary. Secondary consoles need to perform an online check any time you want to launch an eShop game or any game you own DLC for, which isn't great if you're out and about and want to play, but at least you can still use your account and retrieve your cloud saves (if any) and games.
Last edited by The Real Jdbye, Nov 3, 2019

terids said:
Thanks. Ill try calling them up, that would save a lot if trouble
Click to expand...

If you can unlink your account from this Switch over the phone, then I would recommend just using Haku33 or maintenance mode to format the system offline.

Newly banned Switch; Save Data still safe on the account?

@ KenniesNewName: I won a psp from it 10 minutes ago
Chat 2