If this has already been mentioned before, I apologize, though I did search the forums before posting. Anyways, I'm playing Metroid Prime 3 on CFG USB Loader, with v5 of Hermes 222 loading it off a FAT32 partition on my 1TB external. Anyways, at certain locations (at the door to the powerworks in sky city, and at least one or two different doors in GFS Valhalla) if you shoot at the door to open it, it'll do its initial animation of the lock releasing but the door won't open up, then usually in a second or two the music will just turn into one solid long note, and trying to bring up the menu will cause the game to lock up. The only way then to turn off the system is to get up and hold power until it shuts down. Initially I thought it may have been a bad disc image (had ripped it off my legit disc prior to misplacing it) but downloading a new, untouched ISO of the NTSC-U release still causes the same problems. If anyone know a fix, please share!

I have the same exactly problem. 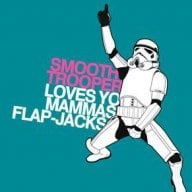 Its probably a bad rip. Did you try using the retail disc?