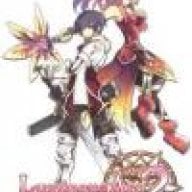 I need help with hexyz force. i've been playing as levant for a while but every time i want to go to the tower of judgement for the second time the game gets stuck.
it just shows black screen but i can still go back to the main psp menu by pressing the 'p' icon.
i play this game as an iso, not from a umd.
does anyone know how i can solve this problem???

Change the ISO Driver, re-dump the ISO, Update your firmware, use a different memory stick..

This game is apparently notorious for freezes, even for legit UMD/PSN players. I've heard that entering the Tower of Judgment from the World Map is particularly bad, especially for ISO/CSO users. I coincidentally have just recently started this game again only to stumble upon this glitch again, which renders the game unwinnable later on (from what I've heard, right now I can still take the long route into it).

Trying every ISO driver on both 6.60 Pro B10 and LME was entirely fruitless, and I'm using an official Sony Memory Stick that's caused no problems for any other games.

If you manage to get this game to work somehow, fleurie7, make sure you post here about it. My playlist is way too long to get too involved in a game that's unwinnable without having constant access to the UMD.

i will keep looking for a better solution, but for now people can use this method to evade that glich.
S

i will keep looking for a better solution, but for now people can use this method to evade that glich.
Click to expand...

I've done that as well during the Cecilia Route, but unfortunately I've read comments that there is a part of the game where you'll need to access part of the Tower directly from the map without going through the back door. I'd be extremely glad if you keep this thread updated if you find information.

I'm personally going to just switch to playing Gungnir instead, though, at least until more information about workarounds surfaces (and if Gungnir doesn't keep my interest, maybe I'll finally get around to finishing Wild ARMs XF). It's a shame, too, since Hexyz Force is one of the few Sting games that's felt like it had really solid gameplay (most of them have interesting gimmicks, but the gameplay ends up being kinda weak).

okay, then i'll just continue playing both routes to see if there are other problems.
if i find more bugs and/or solutions i'll post them here. 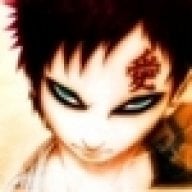 I tried hard to get past this point. I switched ISO Driver's, tried various diffrent versions of the rom and even used install data. None of that works. While I know I could go around the tower, if it's just going to crash later instead then I don't really see the point. It sucks cause I was starting to like the story and characters. Oh well, onto Phantom Brave.