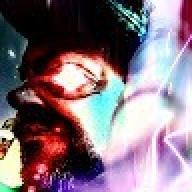 Hi there, whoever ends up reading this.
I have a problem that, I feel, has a simple solution... for anyone, that is, besides me.

Discovered the AtGames Legends Flashback (2019) on a clearance shelf for $11, really enjoyed playing around on it, so I updated the firmware (v. 0.1.17) with a 16gb SD card, successfully, deleted the .img from the card, then downloaded about 10 Sega Genesis roms to test first before really exploring the extent of what it could run. I stuck with .bin and .mg files, removed any spaces in the filenames, placed them all in a folder titled GAMES, but the console will not even let me choose "SD Card" from the side menu. I've tried renaming the card, renaming the folder, even including the zip files the original downloads came in, but nothing.

From all my digging through the forums and youtube, I've only managed to further frustrate myself because it seems, NO ONE has run into this problem but me and anyone else experiencing the slightest trouble is a million miles down the road, customizing artwork and experimenting with adding other emulators.

Any light in the dark that may point me ever so slightly in the right direction would be immensely appreciated.
Thanks.
Reactions: Lostbhoy, jeannotte and Alexander1970

Not familiar with the card im afraid, I asume its a flashcart for 3ds? Was it working before you updated it and did you back up the sd first?

Simplest of questions would be is your sd card still readable in other devices and have you tried a new sd card?
Reactions: jeannotte and Alexander1970

It's a plug&play emulator, with 100 pre-installed games, mostly Sega Genesis and 80's arcade, with a few Colecovision titles.
It worked fine before the firmware update except that one game, "Donald in Maui Mallard" would crash before the title screen opened. The update fixed that and, supposedly, some audio delays on other games, which I hadn't played enough yet to notice.
The update seems to have installed successfully and the machine still operates fine.
My problem is that, from what I've seen and read about the Legends Flashback, the update should have also made the SD card slot readable, outside of just game saves, so that Sega Genesis roms can be added.
I know that the SD card works, because my Mac still reads and writes to it, no problem.
Also, there is now a folder labeled "data" that was added by the LFB itself, intended for game save files, so it's clear that the console was able to initially read the card to install the update from it and then write its own folder onto the card afterwards.
When I turn it on, now, it runs as normal, but when I scroll down the menu options on the side of the screen, it skips right over the "SD Card" option and returns to the top of the menu.

* Sorry so lengthy. Just trying to be as detailed and concise as possible.
Reactions: jeannotte, Alexander1970 and Lostbhoy

Ok. From a little digging i came across an interesting thread that says the sd card slot is only for updating the console and the firmware will have to be unlocked for full access.

It seems the portable flashback version has sd card access out of the box but not any home console since 2018.

Reading further someone has posted success with 8gb cards formatted with this....
https://www.sdcard.org/downloads/formatter_4/index.html

(doesn't give any context as to how he got it working....)

Yeah, custom firmware required and there is some out there if you Google it! Let us know how you get on.

Found a thread here @theTemp thats for the 2018 version. Might be of interest to you. Or not!!
Last edited by Lostbhoy, Apr 16, 2020
Reactions: wz3d, Alexander1970 and jeannotte

Thanks!! I'm just now getting a chance to start digging again, so definitely gonna download the formatter and see where I can get from there. Whether it works or not, I appreciate the help.
Reactions: jeannotte and Alexander1970
H

Has anyone found a solution for this pronlem on the 2019 version? I have the exact same problem but the custom firmware is not made for the 100 game console.
Reactions: jeannotte and Alexander1970 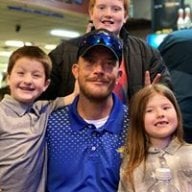 im new to the thread. any luck?

I need to find the firmware for the system
Reactions: Alexander1970 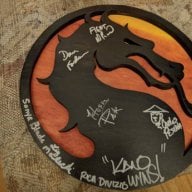 folder is named "game"
not "GAMES"

You needed to rename the folder itself. Thats why the SD card menu didnt show up. the system didnt see the roms in the folder because it couldnt see the folder.
Last edited by Draxxon, Feb 9, 2021
Reactions: Alexander1970 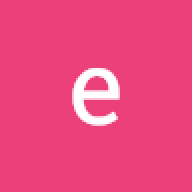 You needed to rename the folder itself. Thats why the SD card menu didnt show up. the system didnt see the roms in the folder because it couldnt see the folder.
Click to expand...

for any one who may be skilled enough to assist me.
I would like to discuss some technical support issues I have with the 2018 legend flashback console.
Basically im interested in having a skilled coder make modifications to the code that runs the console in order to allow it to play video and audio files.

If you know of any one who may be skilled enough to help me in this project, I would greatly appreciate any information or assistance you can give me in contacting them

Tutorial How to extract savegames from NAND dump (for Checkpoint)

@ Ophelia_Later: @ TheZander: were you even joking about the ds? also a stolen ds is a huge tragedy. I'm... 3 minutes ago
Chat 2