"The release date for the Ghostbusters game has been announced by Sony Pictures Home Entertainment in a Ghostbusters Blu-ray movie release — accidently announced, maybe! Doh.

A Sony Pictures press release for the Blu-ray release of the Ghostbusters movie reads: 'America’s favorite paranormal psychologists are back to save the world, this time with unsurpassed picture and audio quality and advanced new bonus features in the Ghostbusters Blu-ray Disc, releasing worldwide the week of June 16, 2009. The simultaneous launch of Ghostbusters: The Video Game, the highly anticipated videogame from Atari, celebrates the film’s 25th anniversary, with an all-new adventure from by the film’s original writers.'

The bold is ours, and not in the original press release. The release doesn't specify which of the versions will be out out. Ghostbusters: The Video Game will be hitting Xbox 360, PS2, PS3, Wii, DS and PC. Wait for Atari's official release info. Make yourself a sandwich too in the meantime. " 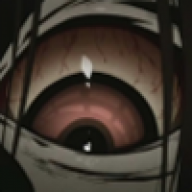 Awesome, i can't wait, this game looks awesome! Glad it's not too far off either.

Ghostbusters: The Video Game to get remastered for Switch, PS4, XB1, and PC

@ The Real Jdbye: i just saw a video yesterday that mentioned how it's a good thing 1-2-switch wasn't a pack in... 24 minutes ago
Chat 1