Welcome to the 37th issue of the GBAtemp Recommends Revival Project! This project is a weekly feature where we share our favorite games and applications with you. The things we recommend may be "old school" titles, a Homebrew, a ROM hack, sleeper hits, an application, etc, but one thing's for certain, we think they are fantastic and deserve your attention! 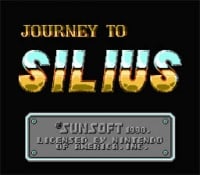 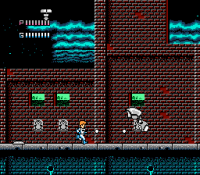 Journey to Silius is a side-scrolling run-n-gun shooter released for the NES in 1990. The game began development as an officially licensed title for the 1984 film The Terminator, until the license was lost. Instead of shelving the project, Sunsoft altered the graphics and plot while retaining the futuristic setting and a man vs. machine theme.

The game takes place in the year 0373 of the new space age calendar. Earth has become overpopulated forcing the development of off-world space colonies. Before Silius Solar System colony #428 can be completed, it is destroyed along with its designer by a radical group of terrorists. Enter Jay, a young man determined to follow in his fathers footsteps. Jay sets out to fulfill his father’s plans and avenge his death by destroying the terrorists responsible for the destruction of colony #428.

The game consists of 5 stages that allow our hero to journey from the ruined space colony to the heart of the terrorist robot factory. Run-n-gunning in this side-scrolling action game, our hero Jay can jump, duck, and make use of a variety of weapons. While not the longest game to grace the NES, it is rather challenging thanks to odd AI timing, lots of bullets to dodge, and difficult boss battles.

If you enjoy run-n-gun games then give Journey to Silius a try. It is a shining 8-bit example of its genre done right.

can you get only 6 lives on this one too?
Reactions: 1 person

It's a decent game but it suffers from cheap difficulty. Good music though.
Reactions: 1 person 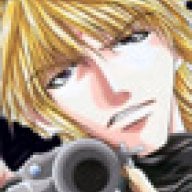 I have this game on the Jap cart. Title is "RAF World" aside from the helmeted main char in the jap version, almost everything else is the same.

Anyone up for the NES game "Holy Diver"? Probably the most difficult game I've ever played.

The game's a masterpiece, I remember playing it when I was a kid. Gotta love the music, too. 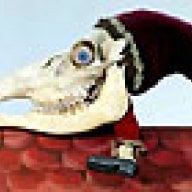 I had this game, it was stupid hard.

Edit: Went back and played it again. Not as hard as I remembered it, but still stupid hard. I think I beat it once a decade or two ago, courtesy of the game genie...

for those who have issues with the difficulty:

Doom gun - On the title screen, press Up, Down, A, B, and Start.
Extra Game Continues - When the title screen appears, press the B button 33 times and press Start afterwards.
Click to expand...