Welcome to the 85th issue of the GBAtemp Recommends Revival Project! This project is a revival of our once-weekly feature where we share our favorite games and applications with you. The titles we recommend may be "old school" games, a piece of Homebrew, an ROM hack, sleeper hits, an application, etc, but one thing's for certain, we think they are fantastic and deserve your attention!

On today's entry, we're gonna kick it old school dog, check this:
Hit that beat, hit the rhythm hit the rhyme, it's getting there y'all, it's just about his time, he's the dog with swag, hes the pup for you, Baby THIS IS:
PARAPPA THE RAPPER 2 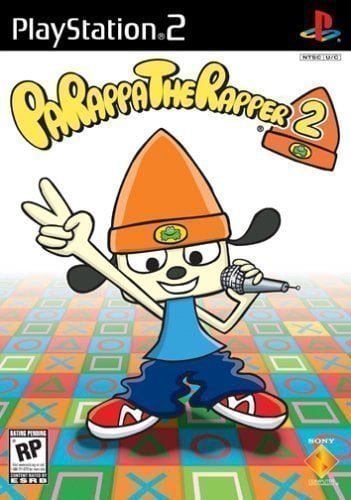 ​
Looking past my adorably cringey intro, Parappa the Rapper 2 is a rhythm game released exclusively on the PlayStation 2 system back in 2002 in the US, and was developed by NanaOn-Sha and published by Sony.

Parappa is probably one of the cutest and sappiest rhythm games out there. Sporting paper mario like graphics, cutesy voice acting and a lovable protagonist, Parappa the Rapper is one of the more overlooked Sony exclusives out there.

​
Our friend Parappa recently has won a years supply of instant noodles, something he was keen on at first but slowly began to loathe day by day. Wanting change, he complains to the love of his life, Sunny Funny, for some sympathy, but is shocked when she calls him a baby. Questioning his own Maturity, Parappa sets off with his best friend PJ to discover himself and "grow up" along the way.

The story is all over the place and makes nearly no sense, and quite frankly it's endearing in this way. From wacky shrink ray antics to cutting hair in a barber shop, Parappa's cartoony story and child-like enthusiasm is its enjoyment factor.

Gameplay is easy to pick up and understand from the get go. Utilizing the four face buttons and two shoulder buttons, you will recite your rap lyrics in time with your current instructors rhythm. The thing that makes Parappa a bit different from other rhythm games is the limited freedom you have when playing your raps.

​
Parappa has to believe in himself after all, so free-styling is the way to go when aiming to achieve cool ratings. If your freestyles remain in time with the beat by using the various buttons available to you, your instructor will leave the stage and give you the chance to rap and rhyme and make the show your own!

Unfortunately, Parappa the Rapper 2 is not exactly a long game. Quite far from it actually, with only 8 stages throughout the game. The game does offer new difficulties after clearing the game once in the form of colored hat difficulties, but otherwise there isn't much else to do aside from the VS mode.

VS mode can be played against a CPU or against friends, giving you a line to freestyle with and then challenging your friend to repeat it, or improve upon it with your own freestyle.

While this was pretty upsetting for a game that was full retail back in the day, today a lot of Sony fans look back on it fondly as a franchise that had the potential to go further. It was charming and entertaining to play then, and continues to be fun today.

The game was very recently made available on PlayStation 4 for the low price of $9.99, which is now very reasonable compared to the price it was when it originally released, and even includes trophy support.

It's my hope Sony is testing the waters with Parappa to see if it would be worth his shining comeback tour on the Playstation 4, something I sincerely hope can be a reality one day. Until then, having recently played Parappa the Rapper 2 on PS4, I can easily say it was worth the cheap price to play a classic PS2 game, and I highly recommend it to anyone that has never been charmed by this rapping little dog before.

If you enjoyed this week's edition of GBAtemp Recommends! Please leave a comment in the thread. This helps us monitor feedback and ensures we keep posting these articles in the future.

If you would like to see the original archive of our previous entries, you can look at our archived content here.

IMPORTANT: I will now be accepting submissions for GBATemp Recommends features! If you would like to submit your own Recommends article to possibly be featured on our front page, please send a word document to [email protected]. Submissions need to follow the format of previous recommends articles. If you have any questions, feel free to contact me. Submissions can be of any title, however try to be unique with your picks. Don't expect to be the only person to send an article of Pokemon Blue or Super Mario 64
Click to expand...

I might pick this up soon! I was going to get it sooner but i kinda really wanted to play shovel night on something other then hand held hehe. I would like to recommend sonic 06
Reactions: chavosaur

this game was really good but forgettable.

Oh hell yeah Parappa the rappah, this was my jam in my childhood
But the best game for me has to be Um Jammer Lammy, which was also the first game in this series that I've played.

every once in a while i'll do a quick playthrough of the original to make myself feel better inside.

never have played 2, though. i'll look for something cheap on ebay