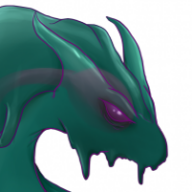 Hey guys I'm having a weird issue (no pun intended) when I try to use gamecube games with Wiird cheats. Wii games work fine and apply the codes perfectly (I used the brawl + kit to test it) but when I try to use converted AR to Wiird codes for Fire Emblem Path of Radiance the game acts as if no codes were applied. I searched everywhere for a solution but so far Google has not been my friend, and forum browsing hasn't given a solution that's worked.

Now I figure from research that this is either a hooktype issue (I heard there's a VI hook but I can't find it available in my USB Loader GX options Or an issue with the codes themselves, because they're converted from AR codes do they need the (m) code? I tried converting it using that Java based code converter but it converts to a blank space.

Devolution doesn't work with cheat code.
DIOS MIOS works, and has his own "Hook type" you need to enable, it's called "debugger".
Wiigator's cMIOS (and you need to play from burned disc, not from USB) should work as neogamma can do it, but I think it's not added to usbloaderGX yet.


- To use WiiRd you need to enable HookType (usually using VI hook) or debugger, you need USBGecko and WiiRd running on your computer. WiiRd is a debugger which lets you search and apply/disable cheat codes in real time.
- If you don't have an USBGecko, it's not WiiRd that you are trying to use, but Ocarina (a patching file loaded at game launch, and it can't be modified or disabled).

For Wii games : The hook type is located in the global settings > Loader settings > Hook type (it will apply to all games, so I don't recommend using it), or in each individual game settings : Game > preference > Game load > Hook type. You also need to enable the Ocarina setting if you are patching the game on launch instead of using the debugger.

For gamecube games : it looks like the Hooktype and Ocarina only works with DIOS MIOS.
I'll have a look to add Ocarina with retail games and cMIOS.

Cyan said:
Devolution doesn't work with cheat code.
DIOS MIOS works, and has his own "Hook type" you need to enable, it's called "debugger".
Wiigator's cMIOS (and you need to play from burned disc, not from USB) should work as neogamma can do it, but I think it's not added to usbloaderGX yet.
Click to expand...

EDIT I installed Dios MIos V10 but I can't load retail discs, I reinstalled the Wii's Mios v10 and it works again but I really don't understand what's wrong with Dios MIos, I thought it had retail gamecube compatibility...

EDit 2: Apparently none of my GC games are working backup nor retail, Dios MIos is meant for IOS 236 right?

The Wii has only one slot for gamecube system file (the MIOS slot).
You can have only one version at a time, if you install one it will replace the current version.

The Gamecube mode only use "MIOS" system file. It doesn't load or use IOS, so IOS236 is unneeded and doesn't change how gamecube are working.


If you want cheat Code, I suggest using DIOS MIOS Lite + creating a backup of your disc on SD card.
(or DIOS MIOS + backup on USB, but SD card has better compatibility than USB devices)

oh I've been using Wad manager and installing Dios Mios v10 to IOS 236 because I thought that's how it was supposed to be installed...
-Start wad manager
-choose IOS 236
-Instal Dios Mios v2.10

that may be an old method though, is there a better way to instal Dios Mios, when I search I only find the older guides for Dios Mios v2.(0)2

Nintendon't sounds interesting as well I'll look out for it's release.

the IOS you choose when you start the Wad Manager is the IOS used to grand access to NAND (to install files to NAND). IOS is the system file (firmware, driver, etc. call it like you want) for the "currently running application". each IOS slot has a different purpose, different functions and access (IOS58 has USB2.0 access for example).

Then, when you select the WAD file, the manager unpack the wad and automatically copy the files to the location stored internally in the wad (it's not installed in 236).
DIOS MIOS is installed in MIOS slot
IOS in their respective slots
BC in BC slot
WiiWare Channels are installed in their own folders, etc.

Thanks for clearing that up, I'm familiar with the Wii section but the gamecube parts always confused me a little...

Anyways I got Dios Mios Lite working finally after a few more instal tries, the codes still aren't working but at least DM is. I'm not sure if I have the wrong hooktype or just did something wrong with the codes though. Nope Dios Mios still wont load anything I try it pretends to load then crashes 5 seconds later I've tried Melee, Luigi's Mansion and several others...

Maybe it'd be easier if I just wait for Nintendon't but it's annoying I can't get this to work.
L

I've seen the Action Replay trick, it could work for some games but I really want to make it work for USB backups specifically since my discs are getting a bit aged and hard to read.

I've had a breakthrough though with Dios Mios, I needed to have the drive formatted to a 32kb memory allocation unit , I had it at a much larger size. That and the nand memory emulation option set to partial, and error 002 fix set to Anti, now my games are running just as the would on the disc, I still haven't figured out how to activate a gamecube hook though.

EmuNAND and Error 002fix are settings for Wii games. it doesn't affect GameCube at all.

Action Replay discs are not working anymore if you use the retail disc+Disc Channel. Nintendo patched the system menu to prevent booting games with it.
And Action Replay doesn't work with Dios Mios (Lite) because it doesn't use proper SDK, so it never trigger the Disc swap detection in DIOS MIOS (Lite).

I don't understand why you have so much problem to setup the Wii to launch gameCube games.
DIOS MIOS Lite + SD card, FAT32, 64k cluster size or less
or
DIOS MIOS + USB, FAT32, 32k cluster size or less
games in folder : /games/game name [gameID6]/game.iso
gameID6.gct in /codes/ folder
enable the loader's setting to use Ocarina (the cheat code), and that's all.

Cyan said:
EmuNAND and Error 002fix are settings for Wii games. it doesn't affect GameCube at all.
Click to expand...


I got it working it turns out the cluster size was the issue at hand, I still experience a bit of crashing but I blame the codes more than Dios Mios. Changing the error 002 fix for GC cames does nothing eh? Weird it seems to make some games load better, but regardless thanks for all the help Cyan, it's always the little things I miss with these things.

Hacking How to edit Ocarina Codes in usb loader GX? So NOT just make GCT files.