A game development team was hard at work when the police suddenly busted in and put them all on handcuffs. How'd that happen?

The developers in question are those from Illfonic, who got dragged out of their studio in Denver after cops mistook them for the guys nextdoor. As it turns out, their neighbors were a medical marijuana store that was the target of numerous break-ins prior to this incident, so when an alarm was set off, the cops were immediately dispatched to go check on it - it just so happened they nailed the wrong guys.

It's not clear as to what triggered the medical marijuana store's alarm, but thankfully, the Illfonic devs aren't sitting in a cell facing charges. Everything was all sorted out once their identities were verified, and the team was allowed to go back to work. The vid above is the security footage from that night, retrieved by Gamepron.

I'd have been pissed to have cops cuff me while I'm writing here, but not Illfonic. In fact, they are proud of the police's swift response on the alarm, nevermind the lack of accuracy. "In their [the cops] defense, our address and logo is on the front door, and they came to our back door," they said.

Illfonic is currently working on Ghetto Golf, a game described by Illfonic studio engineer Chuck Brungardt as "Billy Madison" meets "Friday", except he must've confused the Adam Sandler film with Happy Gilmore. This game was once simply an Unreal Tournament 3 mod, built on the Unreal Engine. It's now set to become a downloadable to be available in PSN, Xbox Live, and Steam. 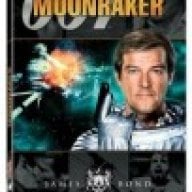 [Ended] PCGamer in collaboration with Bundle Stars are giving away games.

@ leerpsp: Iv had my fair share of Stale cinnamon buns, you should be fine. 14 minutes ago
Chat 6