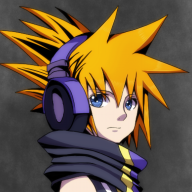 Okay, first of all, sorry for my English. (and for my little knowledge of CFW)
It turns out that several years ago I put the cfw to my console and everything went perfectly!
But after I stopped using it for a while my little brothers started asking me for it. I trust them, and in addition to playing a couple of games locally I doubt they have done anything else.

A couple of weeks ago I had to change the case, because the previous one was broken, and talk to a friend (who had already opened 3DS before) and everything went well. Although there was a small flaw that caused the screen in a certain position turn off the console. In the end I did not give importance and continued playing without moving the screen much.

The thing is that now, I wanted to play again after a couple of days and the console does not turn me on.
At first the 3DS only left the screen completely black and, after messing around the files and options I realized that I had activated the option to "ignore the errors of Luma" (duh xD)

I went back to leaving all the corresponding files as I had them at first, and then I saved the dump he gave me.
Can someone help me?

or, for a combined guide of the above two:​
8. If the 3DS still will not boot into HOME Menu, try these:

9. If the 3DS still doesn't boot into HOME Menu, try either:

Nintendo 3DS Wednesday at 5:27 AM
IAmNotIntelligent
I

Nintendo 3DS Yesterday at 6:37 AM
KleinesSinchen