Dumb questions after your SD card got corrupted 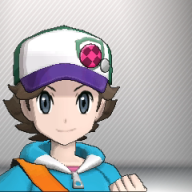 My Nintendo Switch status: Atmosphere 1.2.4 CFW / Firmware 13.1.0 / Sysnand / Exfat microSD / AutoRCM on / Fake account linked through Kefir / Incognito on / Tinwoo to install games through usb / pplay to watch movies / nxmtp to acess data and upload movies and subtitles. I never use it connected to the internet.

Yesterday when I turned the docked Switch on from sleep mode it suddenly turned off after some seconds, just before I could even acess the home menu, and gave me the message: A fatal error ocurred when running Fusée. Failed to mount SD card. Press power to reboot. Tried to inject payload again, but get the same thing every time. Yeah, microSD got completely corrupted, turned to RAW format, and I can't use chkdsk or recover any file from it, even using softwares like RecoverIT, EaseUS, and Recuva. If you guys have any miraculous solution for that, I appreciate! Now, the dumb questions! You will see that these are all questions based on: I'm going to buy a new microSD card and I don't know if I lost EVERYthing in the old one and will start completely from scratch or if I have some basic things still installed and usefull:

Sorry for the long post and some bad english. Thank you guys for your attention! 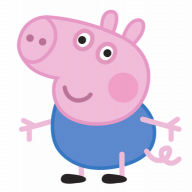 Exfat is bad , use fat32
Savegames are stored in the console OFW and on the sd card /emunand partition

Turns out that just installing Atmosphere on a new sd card didn't help. I followed this video ( ) and some of this thread ( https://gbatemp.net/threads/problem...endo-switch-mother-board.552215/#post-8867689 ) to open my Switch and just cleaned and reattached everything microSD-slot related, and my switch got back working with the new sd card. Both sources goes beyond to help you if your slot have even more problems than mine had. Answering my own questions, in case someone gets here in the future:


caki883 said:
Exfat is bad , use fat32
Savegames are stored in the console OFW and on the sd card /emunand partition
Click to expand...

Thanks for reaching out, caki883! Yes, it's well known that exfat is not safe. Still, I had been using this same card with exfat format for more than 4 years with no problems so far. Even though I don't really trust nxmtp connections... I think it was not the format that broke everything. Probably the card slot board got a little dettached with the use during these years, and when I turned the Switch on yesterday it stopped working for good and corrupted my card. I formatted the new card to fat32 though, just to be sure! Once again, thanks!
Reactions: caki883