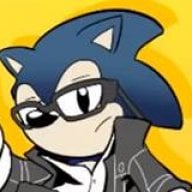 Okay,So I'm trying to play my Gamecube games on my Wii U,but every time I put the hard drive to play them in my Wii U,The game doesn't load,all I get is a Black screen.
However,I can still return to the homebrew channel and change the player on my wiimote.

I dont get whats going on,I have the original discs for the games I wanna play on my wii U but it seems they're not being verified because I put the hard drive back in my Regular wii and I had to re-verify them.

The games play fine on my Regular Wii when I load them up btw.

Anybody know whats going on? The only game I've gotten to play was SA2B,but that was through a USB Flash Drive,I've been trying to get that to work again,along with trying to get Wind Waker and Luigi's Mansion to play.

You have booted up devolution with the same wiimote you used when you verified the game on your Wii on the Wii U?

..No I didn't.
I guess that makes sense,but I wish I knew that at first xD
Thanks.