I am just throwing out an idea and seeing as their are WAY too many cluttered threads, it would be nice to have threads for individual loader issues


My thinking is that it is because the games are in WBFS and the sizes are A LOT smaller possible removing the patched part of the game because the wii doesn't need that part any more.
This is the best i could think of, any other ideas??

To solve this i think someone
sorry i am no coder, only suggesting
would have to hard code the "option" in a loader for the game to use 249. I have no idea how this would be done but i think if you were able to understand the patcher code it could be done?
Is this possible? anybody up to it?
E

Or someting like preloader where you get to choose the IOS, but for USB Launcher ISO's before you load the game. Does USB Launcher have an "Advanced Options" menu? Like the one for Backup Launcher that someone patched it so that you would have to hold "1" in order to use it's option menu when loading.

Speaking of too many threads...

All the games that required IOS Version patching for Gamma and SoftChip don't work with the usbloader. And it's not a size issue, the problem is the ios reload of the games.

by too many threads i meant to many with 50+ pages...impossible to navigate all issues

and i know that its not a size issue, i am saying that the size change could be removing the patched part of the iso because the wii no longer needs it as it is WBFS..therefore it doesn't load the 249 IOS

At least thats what i think is happening, correct me if i am wrong.
M

why did those games need IOS 249? copy protection of sorts?

yes but why did these particular games need patching? because not all needed patching for the backup loader did they? e.g. metroid 1 wii needed it, but mario galaxy didn't? or am i confusing things

I would like the loader to auto patch though but don't know how to, which is why i posted the thread
W

Davedom said:
because that is the patched IOS that the loaders(backup and USB use) so you have to patch them to make sure they actually use it
Click to expand...

Exactly, for most games that's not necessary, but for some.

The IOS Version patched patches the information which IOS is used by the game inside the tmd, i really doubt Waninkoko managed that this file got lost. I'm sure he knows about the issue of the not working games. If it would be that easy, he would have fixed it before the very first release.

The problem is the ios reload. After an ios reload in homebrew you need to reinit the filesystem, but i can imagine that it's 1000 times more complicated to do that inside the dip. And that not just because nobody tells the dip that there was an ios reload.

What about games that didn't actually need ios patching to 249 ??
They won't work either ?
Back in my noob days (still a bit a noob I guess

I have saved all those iso's to my harddrive, and would like to use them in the
usb loader when I get my external harddrive.

And if they don't work, could I just patch them back to their original IOS number ??
C

I already tested a patched game. It's original IOS is 30 (or 33?) and I patched it to 249. No problem at all, runs patched and unpatched. So I don't think u'll have problems with that, except for the games, that really needed the patch before (like MOHH2). 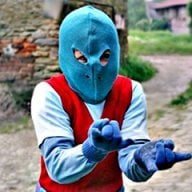 did you try sam and max ?
Z

WiiPower said:
Speaking of too many threads...

All the games that required IOS Version patching for Gamma and SoftChip don't work with the usbloader. And it's not a size issue, the problem is the ios reload of the games.
Click to expand...

Well... Wouldn't cIOSCORP do the job then?
As far as i know, cIOSCORP would patch all IOS to include the CIOS features...
...so that it isn't necessary which IOS a specific game is using.
So, an updated CIOSCORP(with USB + WBFS) would be "the deal".

No. Why do i have to explain this 10 times? The games that need the patching need it, because they load their IOS themselves. If you patch the game to IOS249, it loads IOS249 itself, YES it does that too when loaded by the usb loader. But the ios reload kills the storage device, and if there was an easy solution for that Waninkoko would have released that info in the very first release.
Z

WiiPower said:
No. Why do i have to explain this 10 times? The games that need the patching need it, because they load their IOS themselves. If you patch the game to IOS249, it loads IOS249 itself, YES it does that too when loaded by the usb loader. But the ios reload kills the storage device, and if there was an easy solution for that Waninkoko would have released that info in the very first release.
Click to expand...

oh, this does explain a lot. Did not know that. THX for the info!
So we would need some kind of intelligent CIOS, aren't we?
One with a memory which would survive a reload of itself...
A external memory like a INI maybe... ?

Or an option within the loader to load a certain IOS 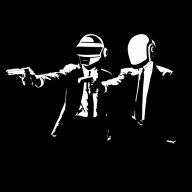 I talk with waninkoko about ios_reload issue. When I talked to him about excite truck issues (SD access issue), he talked to me for help with his releases for testing. The first title I installed on my HDD was Red Steel (my first game on Wii =)), and didn't run on USBL 1.2 :S. Firstly after lot of tries we supossed the issue was because of my HDD is >512GB, then Waninkoko found the error on source code and fixed it. I tried again, now the loader installed the game faster and smoother, but still didn't run. So I saw on other forum that Preloader resolves ios_reload problems with backup loader (softmods).

I informed to Waninkoko, and he talk to me that:

IOS_Reload function is based on System Menu, for this reason preloader patch function runs on Backup Launcher.
When a Game call to IOS_Reload function, The IOS restart, and turn off usb devices. That's why doesn't run on USBLoader.

fix? maybe patch "on the fly" calls searching IOS_Reload made by the game. But first we must search inside Red Steel for this part of code that tries to reload...

Another solution (maybe not) is patch previously that code on Red Steel.

@ KimKong: Thanks so much for the feedback!! You are awesome!! 16 minutes ago
Chat 3