I just bought my AceKard2 and EZ 3-in-1 so I could play my games on my DS Phat. I downloaded NDS Backup Tool but it refuses to connect to the FTP server, even though I tried it multiple times. I tried to use Wood Dumper, but I get a message of "card init fail. EXTRACT card." So I don't know how I would go about backing up my DS games. I'd prefer to do it with the Slot-2 card, because I've heard it's faster. Can anyone help this newbie? 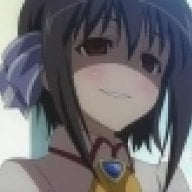 Here is a guide on how to use either of the tools I linked to: http://faq.monroeworld.com/index.php?sid=8...&artlang=en

Okay, so thanks to your post, I managed to create a rip of my Pokemon Pearl game and the savefile. But, when I go to try and play the game, it doesn't recognize that save file as even existing and just goes trying to start a new game. It also did that with Castlevania Dawn of Sorrow. Any explanation?

Can you get any ripped saves working at all?
K

I've only tried using ripped saves that I ripped myself, and the answer to that is no.

EDIT: Weird, but I got my Pearl save to work. All I did was move them into a new folder from the NDS_Backup folder and it worked. Wonder why? Well, whatever, it works!

Are you sure you're naming them correctly?
K

Yeah, they were named exactly the same thing, and only started working after I moved them.

EDIT: Also, does anyone know where do download a tool for backing up GBA games and saves?

DOUBLE EDIT: Nevermind, I found it.

TRIPLE EDIT: Once again, a save problem. Rip it, rip game, game works fine. Try using my save file, and the game won't load it. Download a sav off the internet and it won't work as well. 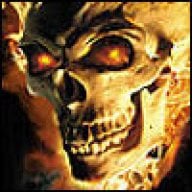 One or more of these may help:
1. Make sure the .SAV is in the same folder as the .NDS
2. Make sure it is the same name as the .NDS, except replace .NDS with .SAV
3. Make sure it is .SAV and not .NDS.SAV
4. Confirm that your Acekard is using .SAV in System Preferences (.NDS.SAV is old extension)
5. I assume you're using AKAIO 1.8.1, if not, you should be