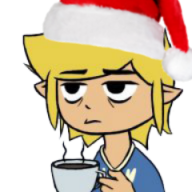 Hey. I'm learning C and have some JS experience and was wondering what the best program to code in was. So far, I've been using CodeBlocks for C and Sublime Text 2 for JS. I'm liking Sublime's design a lot better than CodeBlocks, but I can't seem to compile C in it. So my question is: are there any better IDE's (in your opinion) that would work well with either web development or C/C++.

P.S Sorry if this is in the wrong section

For the record there is often considered to be large difference between an IDE and a programming notepad, the ease of being able to compile being a key aspect. As far as programming setups then https://notepad-plus-plus.org/ is my go to thing for when I am setting up a machine and need something or I am a client's place and need something I can work with for a few hours. It is windows only but the core functionality of it made it Linux in http://www.geany.org/ .

For C family specifically then Microsoft's visual studio is good stuff. https://www.visualstudio.com/ It will try to tie you to MS stuff and some of the legacy stuff gets hard to do (they basically ended inline assembly a while back, https://msdn.microsoft.com/en-us/library/26td21ds.aspx being what they "replaced" it with but at the same time if you are doing inline assembly you have probably gone wrong somewhere) but the paid version is good* and I am hearing good things about the free version these days as well.

I don't do enough web dev, much less javascript *spits*, from the ground up to warrant a full debugging setup, to that end I usually go with http://getfirebug.com/ and whatever editor gives me basic syntax highlighting for php or whatever I am using.
Reactions: Minnow 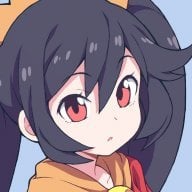 I use vim as my main text editor on both Windows and Linux at the moment. Sublime Text is available for both platforms, and I think it is nice, but not as practical as vim once you're familiar with commands and keybinds.

Because of Sublime Text's complex configuration files(I can't be arsed to change a bunch of colors to achieve my almost 3-colors-only scheme), I spent a lot of time using Notepad2 on Windows. There are a few mods for it out there that add some more features to it, but I don't remember using many of them.

As @FAST6191 stated, IDE's are not text editors, and I honestly would not recommend you learn how to program while using one unless you've already made your choice about which IDE you're going to use for production. Compilers, IDEs and text editors are separate things, though IDEs combine the other two with other things. They're used to make your life easier by letting you look up classes when dealing with OOP, etc. etc. If you really need an IDE to program, I would say you're not doing a good job organizing your source code. Now that's a different matter. Regardless, I recommend a text editor + compiler on the side setup.

If you're on Linux, use either GCC or Clang. On Windows, you can use GCC through MinGW or cygwin(though the only time I tried it, gcc would create binaries for use with cygwin/Linux). Learn the basics of compiling with GCC/Clang on the command line and you're set. From there you can learn how to use build tools like GNU/make to make compiling even easier.

Note that IDEs come bundled with a standalone compiler(Dev-Cpp lets you choose between Borland's C[I think] and GCC, Code::Blocks uses GCC, Visual Studio uses Microsoft's C/C++ compiler, etc.), most of the time, so in the end there's little advantage to using one for a simple language like C.

tl;dr IDEs suck, use Notepad2/[g]Vim/Notepad++/Sublime Text and compile with Clang/GCC

Y
Looking for ways to better my Programming skills.