I'm here to start modding a really obscure game called cookie shop. To know further details of the game, you can search Cookie Shop DS on google or other search engines.

My main goal is to create custom stories using the game, however in order to do so, I would have to modify the text files, and when I tried to do so, every time I continue from my previous game, The top shows a black screen and all my controls are locked. I don't know if it's a byte problem or a compilation problem, but hopefully someone can help me.

I am able to extract all the graphics of the file.
Reactions: jeffyTheHomebrewer

Seems like maybe it could be a byte problem? Try getting the vanilla rom, and a vanilla rom of cookie shop in a different language, and move a text file from the other version into the english version and test it that way. If it still gets a black screen and hangs like that, then it's probably a compiling problem, maybe.
C

However, I realized that the language is stored in bin files. I have gathered the following

The length of "Today is the day of the contest! I have to go to the department store!" is 48 bytes,excluding the quotation marks and including the 00 byte.

I almost forgot about the text stuff, Inside the text, the hex 0A means enter, 20 is space key, and 00 is null.

I am unable to program a tool however to generate these types of bin files. I need help and I since I couldn't program bytes properly. 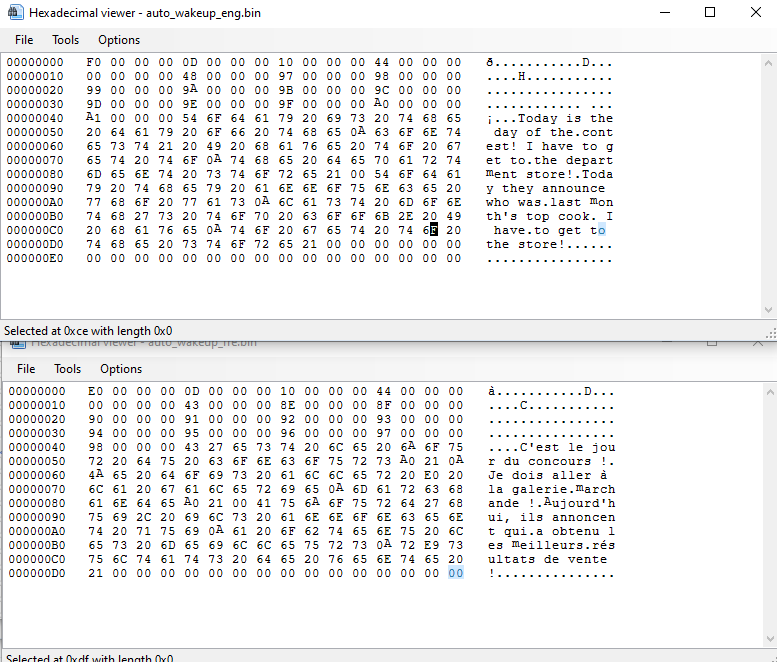 I also found out that the uncompressed LZ bin the text contained shares the NARC format.
So theoretically, I would have to...
1. uncompress the lz77 translation file AND lz77 the original script file, then extract both of the uncompressed bins
2. Rename both bins from .bin to .narc.
3. unpack using crystal tile
4. edit the original script file.
5. get the new length of the script file in bytes and paste it on the first 4 characters before the script name
6. Use a tool of some sort to edit the translation file.
7. replace the files on the corresponding folders
8. repack the narc files and rename the file type back to bin.
Last edited by COR3Z, Jun 25, 2021
Reactions: jeffyTheHomebrewer

Interesting format and nice job on getting this far as that is not the simplest format. No magic stamp but relative pointer setup and most of what I would normally expect out of a competent take on a text format. At least you don't have compression beyond that NARC file setup to cause problems. By the way depending upon the program you are using you might not have to decompress and rename -- NARC files were often seen to be compressed and gained the extension CARC instead which some programs will handle, though not sure about CT2.

I will note in your example text there then there are various accented and whatnot characters unique to French. Not all games will support such things. Simple test here (thanks to no compression) is just overwrite one of the normal characters with it -- don't change length or anything. If the game displays what you want, or indeed does not crash before them (some games will crash if they encounter unexpected text), then you have them. If not then you either deal without them or edit the font to include them (usually better to edit existing than add by the way, though if it is NTFR then adding is not the hardest thing).

As far as compilation (rebuilding the ROM) then simple test there is unbuild using whatever you are using and rebuild accordingly. Some games are a bit fussy here about what they need, though for that there are tools like nitro explorer (originally made for New Super Mario Brothers which is one of the tricky ones for older approaches like ndstool).
Reactions: jeffyTheHomebrewer
C

Code:
I attempted to use HaxeFlixel and I want someone to test it out, I couldn't compile it for some reason on my end so I need your help.

Currently it is being used as a viewer and not an actual creator.
Last edited by COR3Z, Jun 26, 2021
Reactions: jeffyTheHomebrewer
C

Looking into the rom, specifically the arm9.bin, I can see a lot of commands that are going to be used in the script. Expressions include "sad", "shy", "talk", then special methods were written into the code such as, *set, *add, *sub, (any string that starts with *). 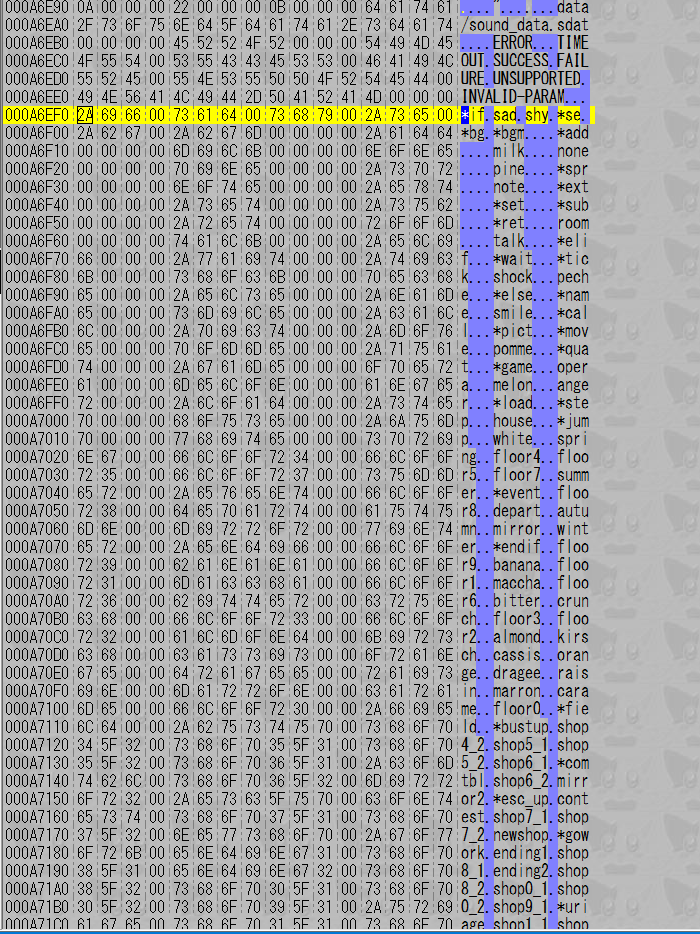 Unpacking the script files, multiple .txt files were found. These contain the variables the text has shown.

Many variables such as "day", "month", "year", and character names were found inside the list. The ones that I did not find is how they are called in. 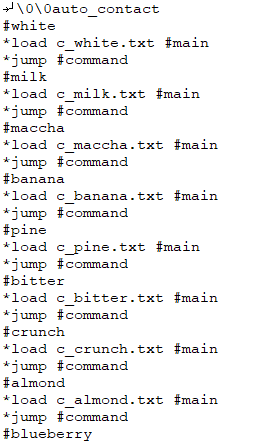 Due to my lacking coding skills I'm finding someone who could create a tool that can create variables in the arm9.bin, generator for the script text file, and english translation, I will send you the rom in the pms if necessary.

@ KennieDaMeanie: Dick piercing is a manly statement 10 minutes ago
Chat 2