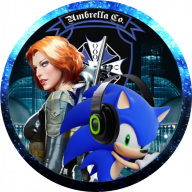 Are there any tools that I could use to mod this game? There aren't any mods made by anyone else (well at least publicly) and I would like to see if I'm able to mod it myself. I'm very new to the modding scene, so this would be tough for model imports and such. But I would like to at least edit textures and the texts in game. I really love this game, especially the franchise it is a part of, and I really want to get the modding scene interested in this one.

S
ROM Hack How can I mod DQ7 to be harder?