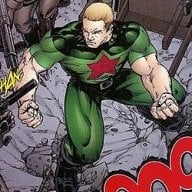 Grew up with with the classic systems, long time gamer, and even managed to land a job in gaming. I've been doing emulation for a long time. Actually, as I think about it, immediately after buying my first computer ever (a Mac clone if anyone remembers those dark days) I was surfing the early internets for emulation. Particularly since in those days, there weren't a lot of options to game in a Mac.

Owned dozens of systems, been building RetroPies, side loading emulators, messing with the mini systems, using EverDrives, you name it. If it has a screen, I usually want to find a way to load back-ups to them. Like an addict, suddenly emulation wasn't enough, and more recently I began collecting my favorite systems. Currently running with 2x NES, 2x SEGA Genesis' (one with a 32x and SEGA CD adds), 2x Wiis and more recently an awesome PCE DUO R. Not sure why I always buy two, ha ha. I also recently bought Analogue's Mega Sg, and I highly recommend it for the SEGA nerds out there. And of course I also own all the current gen systems.

I'm super late to the 2/3DS party, but recently wanted to play GB(C)(A) and NDS games in a more native environment, and that's what brought me here. I had no idea how amazing of an emulation machine the 2DS XL was. These forums were incredible in helping me with CFW and VC injection. Simply amazing to me that I can play my Revenge of Shinobi game on my Genesis and then transition to my dumped ROM on my 2DS XL. It's such a great system for classic emulation. I love it. So much so I ordered a second one Happy to officially join and share my experiences.
Last edited by Atomic-Red-Star, Jul 10, 2019

One more into the basket

@ The Real Jdbye: i'm always writing little scripts and tools to make my life easier or to allow me to be lazier 1 minute ago
Chat 1