Hacking Android on Xbox One X? 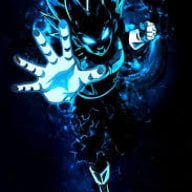 Hey all! Is it possible through Dev Mode to run some version of Android on my One X? I'm just curious and I wasn't able to find anything online. Thanks!
Sort by date Sort by votes

No, there are no Android VMs or emulators or anything like that for dev mode, and dev mode certainly doesn't let you install other OS's with it, so there's no way to get or use Android apps.

There was something "leaked" just recently that MS was "potentially" playing with the idea of putting the new Android Subsystem for Windows 11 onto Xbone/Sexbox, but it ended up being debunked by MS themselves who said they have no plans on doing that.
Upvote 0 Downvote

Feedback I f:ed up trying to upgrade my xbox one x internal storage

Question on RetroArch on Retail Mode