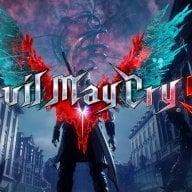 Hi, so a month ago I hacked my switch and made a backup, as I began to install games and homebrews I ran into a few crashes of atmosphere ("fatal errors") and one "panic error while running Atmosphere" when I rebooted the console. It made me stressed and I thought that if my backup fucks up one day I would be basically screwed. So here's the deal, I regularly check for it but one day, while I was installing something on my pc, the screen became black and I tried to reboot it, it wouldn't. After a few attempts, the windows automatic repair tool repaired it and now it works fine, but I think it might have corrupted some files on my pc. And I'm scared about that NAND backup. What should I do, I don't want to make another. Is there any way to check if the backup is corrupted? And if so, is there something I can do to repair it besides making another? What is the strict minimum that I can keep on my SD card to restore the NAND if something goes wrong one day?
Thanks in advance.
T

Errors while running Atmosphere usually come from bad dumps, bad SD cards or firmware related things like themes.
Just do a clean install of Atmosphere once and most problems go away.

You can try to mount your backup on a PC and see if you can extract files from it.
That does give no guarantee that the entire nand is 'healthy'.
My advice would be to invest $10 in a 64GB sd-card.
You only would need your original NAND backup in order to revert back to a 'clean' Switch.
If you're happy with your hacked Switch, you can just create a new backup just in case something goes horribly wrong on your Switch.

OK so is there another way to see if there isn't any corruption? And what are the minimum required file to restore a backup (BOOT0/BOOT1 and) ?

I think I bricked my emummc? What can I do to possibly fix it or recover my saves

J
Help, corrupted everything updating to 13.0 and lost.