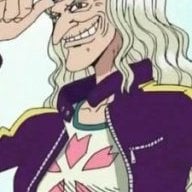 Good evening everyone. I'm a long time reader, first time poster and I've got a question about dumping data from an NDS file.

I know that I'm severely in the minority here, but I only own a Japanese DSi. As a result, there is the occasional odd US game that is coded to only display text in the language of the system, and Japanese DSi's don't have a language select option. Sonic Colours is one of those games, and while I'm sure it's odd to be into a Sonic game for the story, I do enjoy them from time to time.

Now, quite obviously the US and EUR versions have an english script inside of them, I simply can't access it due to my JPN DSi. In the past I've worked on translating a few PSP games, and there were some that actually had a complete English script inexplicably hidden away inside the data, making it easy as pie to make an english patch (Dungeon Explorer for instance). I'm curious if the same methodology would work on a DS game.

Essentially what I'm asking is if there's a tool that I can use to dump the data in the file, then navigate to where the english script is stored and rename/swap the files so that the game reads those in English instead. Like I said, I'm sure I'm the only person with this problem, but it's going to really bite if I pick up my copy this tuesday and the game is still in Japanese.

As I said earlier, I intend to do all the work myself, I'm not asking anyone to resolve the problem for me. I just want to know if it's possible, and what tools I'd need to go about the job. Thank you in advance, and have a blessed day.

Why not work on a language force code? They exist for Yu-Gi-Oh! World Championship 2010, which also has the system language setting.

You can choose the language through a cheat file, it's the same for every game.

Etalon said:
You can choose the language through a cheat file, it's the same for every game.

Here's the cheat editor tutorial if you need it.
http://gbatemp.net/index.php?showtopic=60571

The little bits of dialouge between the levels are fucking retarded, your better off just ignoring them and skipping them.

Thank you everyone, I wasn't aware of the code to force languages. I tried it out and it worked like a charm

I appreciate everyone's help, and hope that I can be helpful to you in the future.