Ok, um... I've been out of the Wii scene for a while, (MENUdo), and well I have a Wii with 3.2U and Softmii installed.
What upgrades have been released, and I've heard that Softmii has been discontinued.
I want to play the lastest New Super Mario Bros Wii game.
Is there any thing I should do, before I play.

Should I update to the latest firmware?
What should I do?
T 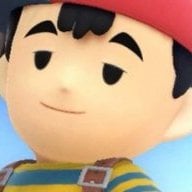 If I do those updates (cISOs) will I still be able to play DVD5 Brawl and block anything? (I know I'm late LOL)

Looking to mod my old Wii

Does anyone have a clean NAND for a Taiwan/HK Wii?

@ K3N1: Floridaman gets his own meth hijacking cop cars 4 minutes ago
Chat 3