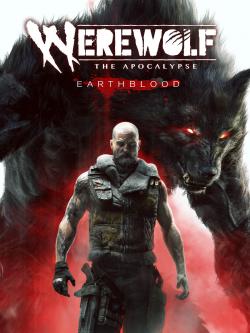 Single player
Local Multiplayer
Online Multiplayer
Co-operative
An action-RPG centering around a werewolf tribe defending the natural world seems like a great concept for a game! But how well does the concept execute in practice? Read on, and let’s find out!

Back in April, I reviewed Vampire: the Masquerade - Coteries of New York, a visual novel set in the World of Darkness shared universe of tabletop and video game RPGs. In that review, I pointed out that the modern fantasy horror universe had intrigued me, and that I was absolutely interested in checking out more. Well, today’s that day, as we dig into the latest game in the World of Darkness franchise, Werewolf: The Apocalypse - Earthblood. And while I can definitely say that an action RPG is a bit more my taste than a visual novel, there’s unfortunately plenty of issues present in this that keeps it from being the game I was hoping for. Let’s take a closer look. 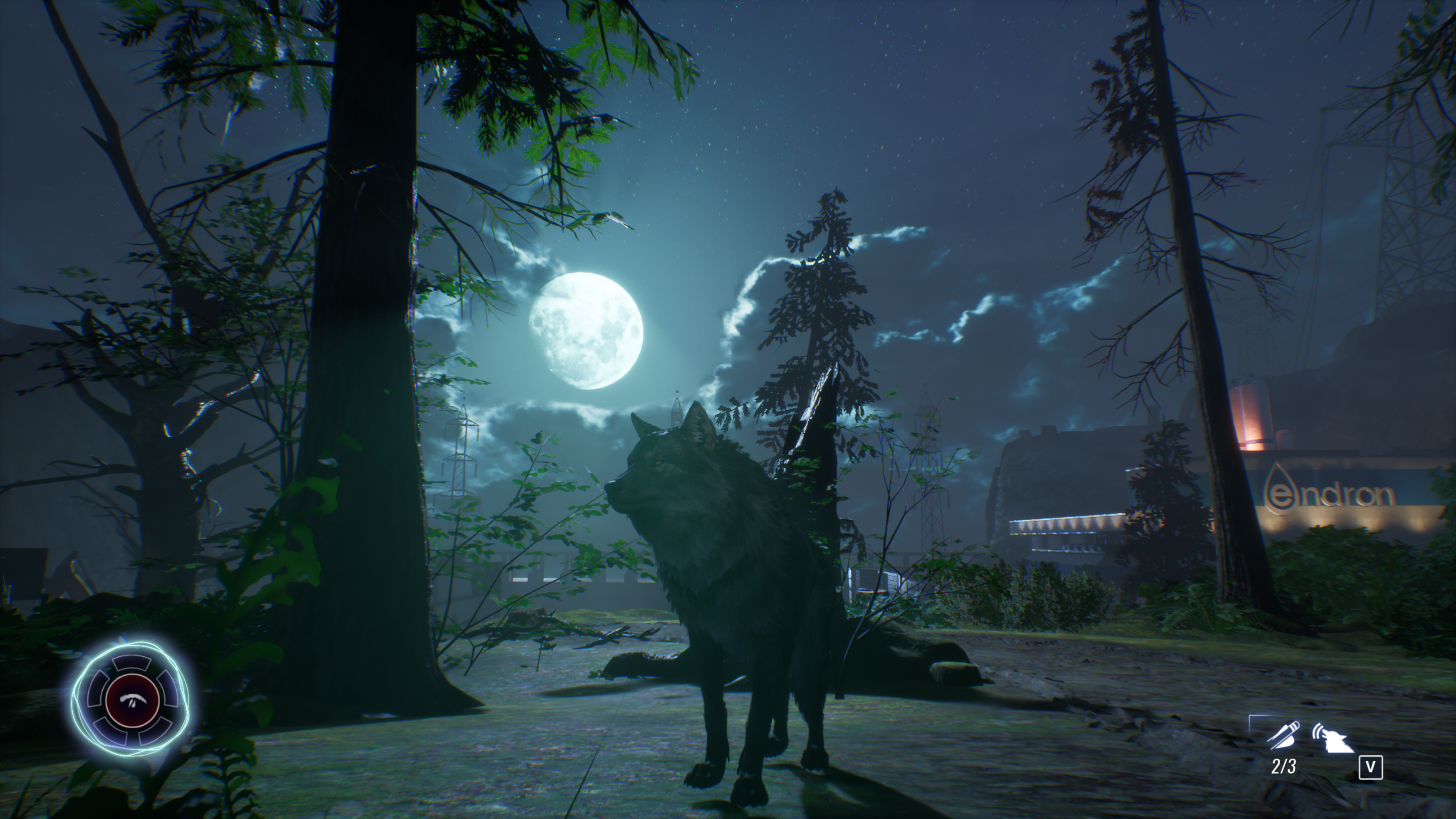 The game starts out introducing us to the world of Werewolf: The Apocalypse, setting the stage for the rest of the game; the narration gives a brief rundown of some of the lore of this universe, describing how the spirits of the natural world employ servants in the form of Garou, or werewolves, as they fight the good fight; protecting Gaia, the spirit of Mother Earth herself, from spiritual and man-made environmental threats. You’re put in the shoes of Cahal, a werewolf who self-isolated from his tribe after he lost control of his rage and killed a fellow tribe member. Years later, Cahal is brought back to his tribe to help defend their sanctuary, and Gaia, from a threat brought on by the multinational corporation Pentex, specifically their subsidiary, the Endron oil company. The majority of the story revolves around Cahal and his tribe as they commit acts of eco-terrorism in order to stop Endron and reveal their true nature to the world at large, mostly in the form of sabotaging Endron facilities and gathering data to implicate them for environmental crimes. Over the course of events, however, Cahal and his tribe uncover a conspiracy regarding the true nature of the Pentex corporation, and must work to stop it. Overall, it’s a pretty linear story that makes for a pretty average game, in terms of both memorability and length it took to get through everything. There’s side quests to tackle here and there, but ultimately I didn’t feel there was a whole lot that pulled me away from the primary story. There is a degree of uniqueness to each playthrough of the story that can be dictated through dialogue choices, whether you decide to talk your way through interactions or just fight, as well as multiple endings to choose from. That said, being a very story heavy game, it’s hard to get myself to want to go back and play through the entire thing again, even to see what small changes can come across from some slight changes.

The gameplay is split up into three distinct styles, each with their own form; human, wolf, or werewolf. In human form, the game plays at its simplest. You can take part in social interactions with NPCs, “hack” doors, turrets, and cameras, and perform stealth takedowns while sneaking your way through levels. In wolf form, you travel the fastest, and are the sneakiest, making this form ideal for overworld travel and stealth sections. The “drawback,” though, is that you can’t use technology or speak to others as a wolf. Both of these forms have an ability called Penumbra vision, which allows you to temporarily see hidden enemies, buried wire trails leading to different pieces of technology like doors and cameras, and hidden spirits who can give you some lore as well as information on your current mission. Penumbra vision definitely makes a huge difference in the stealth and reconnaissance sections of the game, so it’s very welcome. The final form, werewolf, is all about combat. Whether it’s because you failed your stealth attempt and got backed into a corner by hostile enemies, or because you decided you’d rather just skip over the dialogue checks and stealthing, you use this form to hack and slash your way through waves of enemies. You're even able to "enrage" into your werewolf form during certain dialogue sections, which leads to some fun instances of combat. Splitting the gameplay into three separate forms of the werewolf was a great move, and it helps things keep from getting stale too quickly by being able to change gameplay in a simple keystroke. There’s also a very simple branch-based upgrade system for your abilities in all three forms, using the game’s version of experience points to do so. It’s mainly what gives the title its “RPG” qualities, and does let you customize everything to your playstyle, despite its simplicity.

The stealth route is often encouraged by NPCs and becomes the default in human and wolf form when sneaking where you aren’t supposed to be, but you’re not penalized if you feel more inclined to simply transform into a werewolf, and go ripping and tearing through these areas. In fact, the moments where I was slicing through the near onslaught of enemies happened to be my favorite parts of the game so I ended up playing it a lot more straightforward, rather than trying to sneak about in most areas. Combat adds an extra layer through a resource called “rage,” which you accumulate by taking out enemies or in the overworld by consuming whiskey, which lets you stack and hold rage as a human until you enter combat. Spending your rage gives you access to special moves, such as an area of effect roar attack, or being able to heal some of the damage taken. Land enough hits and you can even go into “frenzy” mode, where your attack power increases dramatically for a short time. As I mentioned, this combat system is definitely my favorite part of the game, but I can’t help but bemoan the missed opportunity for engaging storytelling here. Throughout the narrative, Cahal is constantly talking about how he regrets letting “his rage overtake him,” and how he’s too dangerous. You’re also encouraged to not let yourself become a slave to the rage, lest the spiritual enemy of Gaia, the Wyrm, overtake and corrupt you. Yet in the gameplay, there’s no consequence for taking the rage-filled combat route at any point. Rage as a resource is even relied upon for its use mechanically, and builds naturally as you fight, making it unavoidable. I love the rage as a mechanic, but it really should’ve been called something else so this conflict with the narrative and supposed message of the story wasn’t present. It would’ve benefitted the game greatly to see NPCs become wary of Cahal for overusing his werewolf form, or letting his rage build too high, too often.

My biggest issues with this game comes down to animation and graphical issues, which can really all boil down to one word: laziness. Interactions with human NPCs feel very off, with emotionless facial animations and stiff movements. In some parts, the character models don’t even seem finished. In the overworld, characters can often be heard repeating the same single line of canned dialogue, no matter how many times you pass them. Multiple characters and enemies share the exact same character models, with little to no differences, meaning despite how fun the combat is, it got old pretty quick to tear apart the exact same five or so models. Heck even the maps and area layouts in each overworld hub look really similar, and it led to me getting lost as I tried to remember where I’ve already been on more than one occasion. While stealthing, the AI is really dumb and doesn’t seem to notice much when it really should, such as taking someone down in plain view of one of their allies, or loudly tearing wires out of a machine to sabotage it. In combat, despite the sheer amount of gore and collateral damage you cause as a werewolf, the enemies you’re killing never actually show any manner of damage, and simply hunch over lifeless onto the ground amidst a pool of blood. Finally, the graphics themselves look particularly dated. To me this looks like a game remastered from the Xbox 360 era, not something that came out in 2021 and is being released on both current and next gen consoles. None of these are absolutely horrible on their own, but combined they really do a lot to detract from the overall game, and take me out of the experience. More than anything, it leaves me wanting. 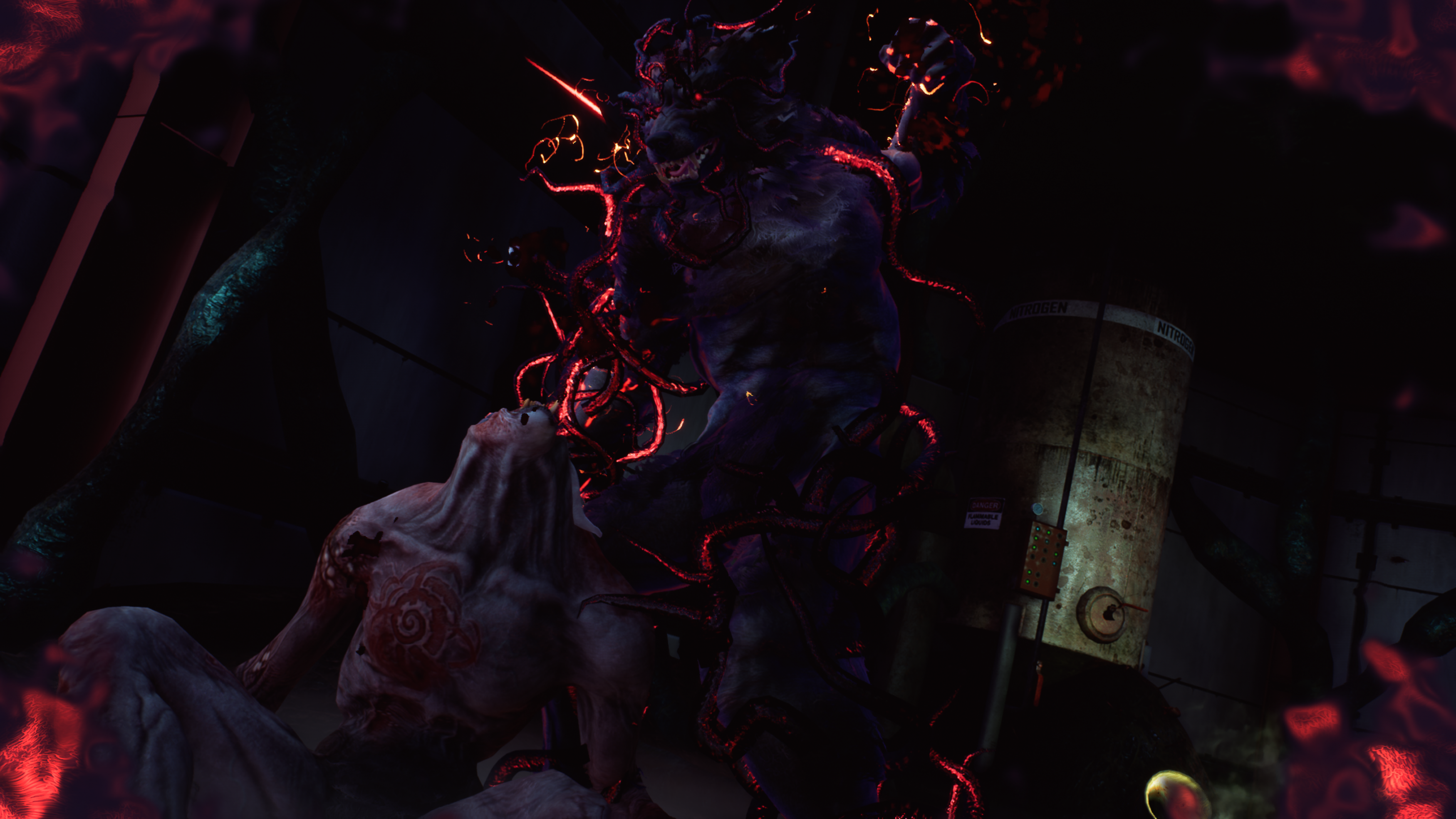 What We Liked ...
What We Didn't Like ...
6
Gameplay
Three different and distinct modes of gameplay, as well as the ability to choose how you'd like to play through the game makes this section stand out above the rest. Combat is the star of the show here, but other issues make it stale quicker than I'd like.
4
Presentation
Dated-looking graphics and lazy animations makes the presentation stiff at best, immersion breaking at worst.
3
Lasting Appeal
Being such a story driven game, there was never much here that would be pulling me back in after an initial playthrough. The lack of compelling side quests and okay at best story really just put the final nail in that coffin.
4.5
out of 10

My second foray into the World of Darkness franchise unfortunately has left me wanting for more. There’s definitely some fun to be had here, but the majority of the game manages to just feel dated and lazy, which makes even the most fun aspects get old before too long. I truly hoped for more from Werewolf: The Apocalypse - Earthblood, but what I’m left with is a game that I don’t think I’ll be re-visiting any time soon.
Reactions: Alexander1970, Jaxom and Ericzander
Share:
Facebook Twitter Reddit Pinterest Tumblr WhatsApp Email Share Link
Maybe I'll give it a try one day or another, I like the setting. It's a shame it hasn't been enoughly polished, because from what I've read in your review, it feels a little like the Infamous games (in the game design and its approach of good and bad actions /not/ influencing the storytelling).
Reactions: RyRyIV
I've loved the World of Darkness setting since I was exposed to it in the early nineties, and the fact that it is a playable game with good combat, so I will pick this up to support WW and their endeavors to continue putting out electronic content. It takes money to make games, and will take more money to make games like these better in the future.
Reactions: RyRyIV
no game with 2 subtitles is ever good
I cant believe I bought this game and cant refund it, its so baaaaad!! I cant Put it into words.
the story telling is terrible to the point it cant tell good/bad apart, or cant even follow the rules it sets.
the animation are so-so, but the fight is so mediocre an 19,99 indie 3D game on steam made by a single person usually have a better fighting.