Swag and Sorcery, or Stale and Spiritless?
Swag and Sorcery is a town/hero management game, the likes of which you've probably experienced on smartphones before. Does it change up the formula enough to compete with some of the great indie titles on Steam?

The game opens on a story cut-scene introducing us to a king whose kingdom is besieged by troubles on all sides. His ranking advisor in a tizzy, the king remains calm because he has a magical plot device which is sure to solve everything: his great-great-grandfather's magic costume. Unfortunately, said costume is soon after revealed to be missing, and that's where the player's role comes in. Swag and Sorcery is a game about equipping and training groups of heroes in order to fight through forests and dungeons to retrieve this magic costume. It's also about looking fashionable in the process.

Though it's refreshing to see some form of story line and voiced dialogue in a genre that usually omits these things, there are gripes to be had immediately from this first cut-scene. At best, the writing for dialogue is flat and matter-of-fact. Voice-overs feel stilted and forced, the narrator being the one exception who puts a bit of personality into his lines. The story characters and their motives are completely one-dimensional. Even the talking cat, who is meant to be comic relief, ends up quickly grating against the nerves with his gravelly voice and lack of any lines remotely resembling jokes. 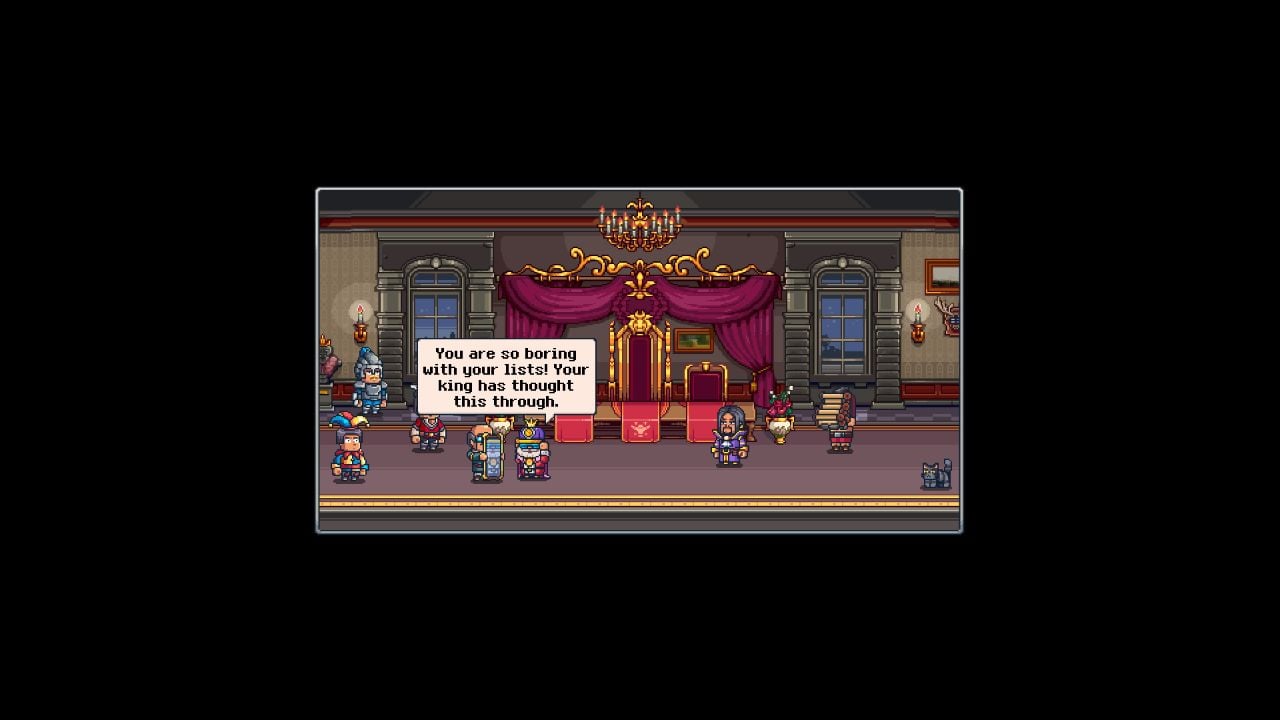 At first, the player is given very limited options for how to proceed, with just enough money to hire a hero from the guild hall and send him out on his first expedition. These expeditions are, sadly, an entirely passive affair that your heroes execute on their own. The player can only equip them with various armors, weapons, and survival items such as potions. As you progress through the early set of quests, you'll unlock additional buildings in town which allow for more crafting options, hero abilities, and eventually player-activated spells which can be used to intervene in expeditions. By this point, however, you'll also have multiple groups of self-sufficient heroes out on expeditions simultaneously, so these spells largely fail to necessitate their own inclusion. As heroes return, you'll be managing their HP via the church, and their energy level via the spa. HP is important for obvious reasons, but a hero "dying" means you only have to spend extra gold at the church to bring them back. Energy is depleted not only during expeditions, but also when a hero spends time crafting. Energy level solely affects how hard your heroes hit when fighting enemies.

Most of your in-game time will be spent at the town screen, cycling heroes between activities. Besides expeditions, training, and crafting, there are also fashion contests which heroes can be entered into. Just as with expeditions, these contests are passive and manage to take up a fair amount of time with NPC contestants in the mix, which means sticking around to watch each contestant be individually graded by the three judges feels pointless. Additionally, it's hard to split your focus between crafting gear for the purpose of form, and crafting gear for the purpose of function. It's just not possible to bring in resources fast enough for both, so either expeditions or fashion contests are bound to fall by the wayside depending on the individual player's priorities.

New quests are added every time one is completed, and there are also randomized events you'll have to deal with on a regular basis. The tone of the quests can be creative and jovial, with lots of references to other video games, but the substance of the quests is always very straightforward and businesslike. The randomized events aren't much better, as you're given one of two options for resolving each, and they start repeating themselves after an hour or two of play time. The results for the option you choose seem to stay mostly the same, as well. The whole experience feels guided from beginning to end, and to put it bluntly: it's boring. To make matters worse, you'll hit a certain point where the game expects you to put in a whole lot of grinding for hero experience. Levels 10 through 24 in particular. 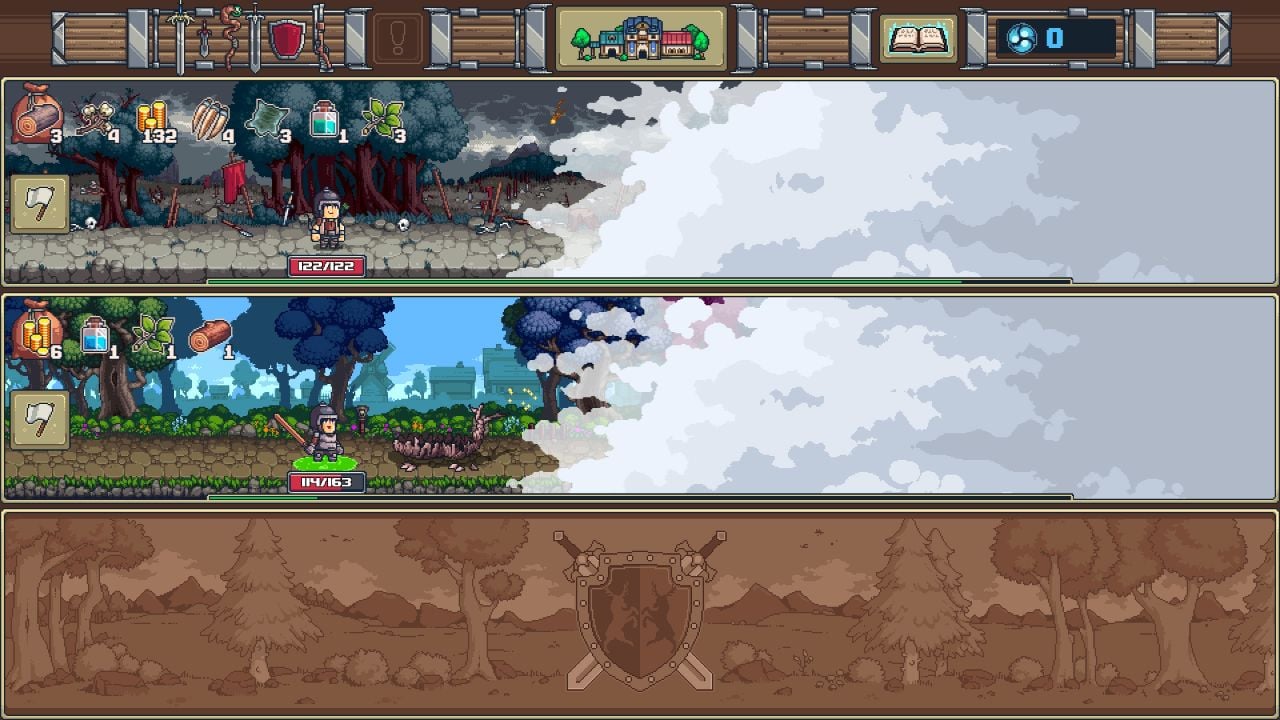 Swag and Sorcery is a game with a bit of flash and very little substance. It's grindy, repetitive, and soulless, right down to its sound effects and very limited selection of background music. There are the makings of a decent game to be found here, but the developer simply didn't do enough to flesh out any one particular gameplay mechanic, instead choosing to focus on including a little bit of everything. None of these shallow activities are enough to distract the player from the poor overall quality for very long, however. When it comes down to it, you're going to be spending most of your time dragging hero icons from one building to the next, making the game little more than a glorified cow-clicker. 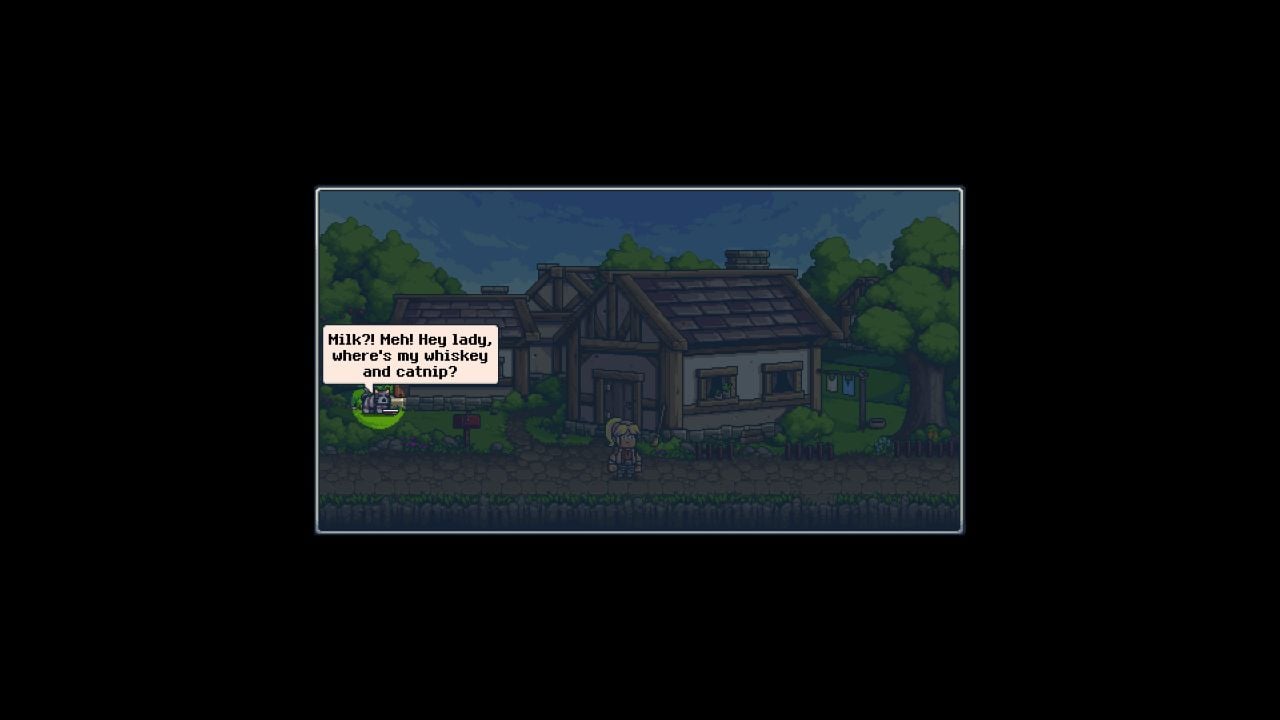